Per a report by Rich Cimini of ESPN, the New York Jets may be exploring a trade for their star defensive lineman Leonard Williams. With Williams set to hit free agency in 2020, the theory is the Jets may not be interested in locking up Williams long-term after just drafting Quinnen Williams with their top five selection in 2019.

Here's what Cimini had to say in his report:

“There's already talk in league circles that Gase could be looking to move on from Williams, who will be a free agent after the season. He's due to make a guaranteed $14.2 million in the final year of his contract. Gase hasn't said anything about Williams that would spark speculation, but it's not hard to connect the dots when examining the defensive line situation.”

Williams has been a really good player for the New York Jets who has played 3-4 defensive end and some defensive tackle for the Jets in his four-year career. A former sixth overall pick has had as many as seven sacks and as few as two sacks a season, but he's played in all 64 games in his career, starting 63. He's stayed healthy and been productive on a Jets defense that hasn't been very good over the last few years.

For the Cowboys defense, he would project as a 3-technique with the ability to be the Cowboys 1-technique in passing situations. Among interior defensive lineman, Leonard Williams finished 21st in run stops per Pro Football Focus and sixth in total pressures with 53. Williams was third among interior players in QB hits with 16 ahead of Kansas City Chiefs Defensive Lineman Chris Jones and Seattle Seahawks Defensive Tackle Jarran Reed. For reference, DeMarcus Lawrence had 63 total pressures and 11 QB hits in 2018, while Tyrone Crawford had only 37 total pressures.

The Dallas Cowboys have been working to reinforce their defensive line this offseason after struggling in the playoff loss to the Los Angeles Rams when the Cowboys gave up over 200 yards rushing. Though they like Antwaun Woods and Maliek Collins, they obviously weren't satisfied with the going into 2019 with just those two in the Dallas interior.

In free agency, the Cowboys added Christian Covington and Kerry Hyder and then drafted Trysten Hill with their second-round pick. They also added Daniel Wise, a player that was seen as a fourth or fifth rounder in most people's minds as an undrafted free agent and will compete for a roster spot.

As intriguing as Covington, Hyder, Hill, and Wise are in addition to Maliek Collins and Woods, Williams would be an immediate upgrade at 3-tech and the Dallas Cowboys should explore it, even if they don't plan on resigning him beyond 2019.

The Cowboys could swap expiring contracts by sending Maliek Collins to New York and a draft pick. Collins is unlikely to be resigned by the team in the 2020 offseason as they have plans for Hill as their 3-tech of the future.

The Dallas Cowboys showed with the trade for Robert Quinn that they're alright going after the one-year rental player. Leonard Williams would make their defense better for 2019 and while they have high hopes for Trysten Hill, Williams is a known asset right now and wouldn't prevent you from giving Hill snaps at 3-tech.

For a team hoping to make a Super Bowl run, adding a player like Leonard Williams makes a lot of sense. He's another disruptive player that would immediately improve your pass rush and also helps your run defense. The Dallas Cowboys have a team ready to win now, so now's the time to go get players that help you do so.

As good as he is we have enough contracts to iron out on our own and shouldn’t be looking to tie up that kind of salary in a one year rental. I think we are pretty excited to plug Trysten Hill into that 3T.

Sounds tempting, but I don´t think he must be a one year rental and thus, he woud be replacing Collins, Ross, Tyron (as a 3T) and the bad idea of adding McCoy (Dallas already has a lot of one year rentals at the D Line). 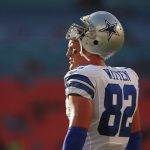 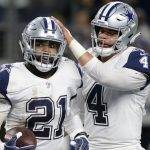