Last week, Stephen Jones addressed the media for the first time this offseason. He talked about the (then) upcoming NFL Combine, the NFL Draft, Free Agency, and the current coaching staff. He talked about where he thinks the Cowboys need to do to improve in certain areas this Spring, and where they believe their assets will be best allocated.

Hie entire press conference can really be summed up by one phrase, however. One which he used time and time again during that 20 minute media availability.

“Take the next step.”

For a Dallas Cowboys franchise which has not reached an NFC Title game in over 20 years, the “next step” has been elusive. Finishing out 3 of their last 5 seasons with divisional round losses, and the other 2 without even reaching the postseason, “taking the next step” has been more of a pipe dream than a reality for the Cowboys as of late.

In 2018, even as they battled down the stretch to win the division and then a home playoff game, it never really felt like they were close. Did it?

Maybe there's some hindsight in that observation, as we now know that CJ Anderson would embarrass the Cowboys front seven for four quarters, and the Cowboys would find themselves eliminated on the road at Los Angeles on that Saturday night.

But, regardless, it felt like a longshot the Cowboys could go into either Los Angeles or New Orleans and win in January.

Let's forget feelings, though, and focus on facts. As the Cowboys enter free agency in the coming weeks, and have six lottery tickets in the upcoming NFL Draft, every move is supposedly focused on one goal: taking the next step. In other words the end goal is getting to and winning an NFC title game and finding themselves back in the Super Bowl for the first time since the 1995 season.

By all reports the first order of business is to take care of their own. They've already brought back longtime tight end Jason Witten, and now plan to pay Dak Prescott, Ezekiel Elliott, and DeMarcus Lawrence. Amari Cooper and Byron Jones are also on that list, but by the sound of things, Lawrence/Prescott/Elliott are the three main priorities.

Paying a running back elite offensive-playmaker money is a dangerous game to play, as is paying a quarterback due to their ever-increasing market value. But the Cowboys really have no other choice. These are their guys. They're the leaders, and will be sticking around the Cowboys for the foreseeable future.

But if the Cowboys are going to, for the most part, run it back and keep the status quo on their roster, how close are they really to that next step?

As good as their defense was in 2018, and as young as they still are, defensive performance is incredibly volatile. As we all saw with Jacksonville last season, team defense varies greatly from year-to-year and isn't something you can normally bank on going into the season. The most consistent winners in the league can throw the football to win games. Can the Cowboys as currently constructed rely on their passing game at that rate? It's a fair question to ask, but as an optimist there are certainly factors which point towards the answer trending towards yes.

But now, with the drama surrounding DeMarcus Lawrence and the franchise tag, there's even more reason to question what the front office plans on doing this offseason. Dallas wants to bargain shop. They want to improve their roster but to only do it on their terms. With the new age star in the NFL taking the lead from the NBA and realizing the power they have in these negotiations, this plan likely won't work the same as it has in the past.

The Cowboys need to be smart this offseason. Pay Lawrence what he deserves. Don't penny push when it comes to the leaders and best players on your football team. Other free agents will notice, and they will exercise their power accordingly.

And if Dallas is serious about wanting to take that next step, getting Lawrence signed should be of the utmost importance.

Kevin you didn’t address your primary question. How far they are from being true contenders requires a comparison of this team’s roster coaching staff and front office to the teams that are currently constructed to compete for the nfc championship which means saints, rams, Vikings, eagles. You didn’t address the staff, special teams, needs at key positions of weakness or lack of depth, having a divisional first place schedule. Such a grand effort to ask how far this team needs to go would conclude that this team as currently constructed is not going to be competitive for an nfc title much less a championship. 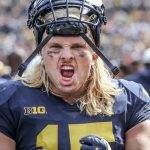 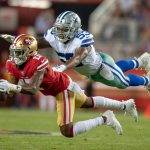