The guard and center positions aren't exactly rock solid right now for the Dallas Cowboys. While an argument could be made for addressing them somewhere in the early rounds of the 2021 NFL Draft, one reason the team may not is third-year prospect Connor McGovern. How could this former 3rd-round pick affect Dallas' draft strategy?

As a rookie, McGovern was seen as a potential challenger to Connor WIlliams at left guard. Unfortunately, a pectoral injury cost him the entire preseason and any chance of making it a competition. It also robbed McGovern of valuable developmental work in his first year.

Returning healthy last year, Connor served as a backup and wound up starting eight games as the Cowboys were riddled with offensive line injuries. He didn't do anything to vault him into a starting role in 2021, but he remains a valuable asset with his versatility and hopefully more room to grow.

We expect Zack Martin, Connor Williams, and Tyler Biadasz to be the starters at guard and center this season. At worst, McGovern should be a key backup to both positions in the role we've seen Joe Looney play for several years. But given his delayed start due to the injury as a rookie, Connor could potentially challenge for a starting role.

McGovern's presence, and the two years remaining on his rookie deal, help move the interior offensive line a little further down the lost of Dallas' draft needs. Having just spent a 3rd-round pick on Connor in 2019, adding another mid-round pick now might be redundant.

Even if the Cowboys were to get hit hard with injuries again, they have other players such as Adam Redmond and Marcus Henry who they've been developing for a few years. Offensive Tackle Brandon Knight also has flexibility, having started his NFL career at guard.

This isn't to say that Dallas wouldn't use one of their early picks on a superior guard or center prospect. If you can find someone that provides an immediate upgrade and long-term value with those picks then there's rarely a reason not to take them.

But it's when we get into those middle rounds that guys like McGovern start to become more relevant. He hasn't shown enough that you're counting on him as a future starter, but he appears to be a solid backup with remaining developmental potential.

It was just two years ago that the Cowboys drafted Connor McGovern to provide depth and competition on the offensive line. With those options still on the table, they may give him at least one more year before investing another premium pick at guard or center.

It drives me nuts how OL picks are so easily dismissed. Makes me wonder why we picked them in the first place?

Dismiss, miss or hit we have an opportunity to add more depth at OL this year in the draft. Just a thought what if we trade back and add some help on the other side of the ball. Like buddy from Michigan and add another in rd 2 Or three.

Draft Alijah Vera-Tucker OG from USC. Let him step in @LG and let Connor McGovern compete against Tyler Biadasz for the Center position. Connor Williams will become the swing tackle and guard.
Problem solved with one selection.

Conner McGovern, just like Conner Williams his first 2 years is too light in the britches to handle the 320-330 pound defensive tackles, they get overpowered. The Cowboys need to mirror the stout offensive lines of the Colts, Bucs, 49ers, Packers, and Vikings

Tommy Davis, you are absolutely right. Williams injuries over his early career prevented him from the strength and conditioning program. This is McGovern’s first healthy offseason so I expect his play to be better this upcoming season having an offseason in the program.
The draft selections in the early rounds will determine how they feel about what they have.

mock draft to be a contender

brownlow adderley, that is a good idea with Vera-Tucker or maybe a similiar player. Simplifies things well. IMO, Williams gets pushed around too much.

Unlikely Pitts will be available at pick 10. adjustments on the fly might be need from the coaching staff in this years draft. Conor McGovern, Conor Williams and Tyler Biadaz have been average at best. Adjustments are (almost)desperately needed. We should trade back and strengthen the line with some much needed help on both sides of the ball. Best Feet: Alijah Vera-Tucker, USC Most Physical: Landon Dickerson, Alabama Best Gap Scheme: Deonte Brown, Alabama Just think we can we can
Get a two for one instead of one of The obvious top OL Available 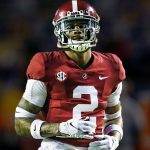 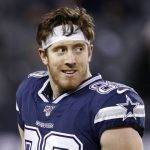