As the disastrous 2020 season wore on for the Cowboys, questions about Ezekiel Elliott’s value only heightened.

The former top five draft selection and NFL leading rusher clearly looked to have lost a step of explosion over the last couple of seasons, but he was also the last man standing from the team’s once great rushing attack.

Without La’el Collins, Tyron Smith, Travis Frederick, and Zack Martin…what could we really expect from Elliott and the run game? Fans continued to call upon Elliott’s backup, Tony Pollard, to see an increase in snaps. And during the team’s week 15 victory over San Francisco, those fans got their wish. And Pollard delivered.

Pollard rushed 12 times for 69 yards and two touchdowns that afternoon, adding in another 63 yards receiving on 6 catches. He was dynamic in ways Elliott had failed to be for much of the year, and brought back that level of explosiveness and big play ability out of the backfield.

But no matter your feelings on the Cowboys backfield, Ezekiel Elliott is here to stay. And, he will do so as the team’s workhorse for the foreseeable future. Elliott still racked up strong total raw numbers in 2020, nearly breaking 1,000 yards rushing despite the world crashing around him.

Those numbers fail to tell the real story of course, but they do speak to the bruising nature of Elliott’s game. He will always be the guy who can fight forward to get you every available inch, even if he isn’t the player to break off the 60 yarder that someone like Pollard might.

So what does this mean for the 2021 season? Tony Pollard played just 28% of the team’s offensive snaps last season, and with the way he played that probably needs to get higher. 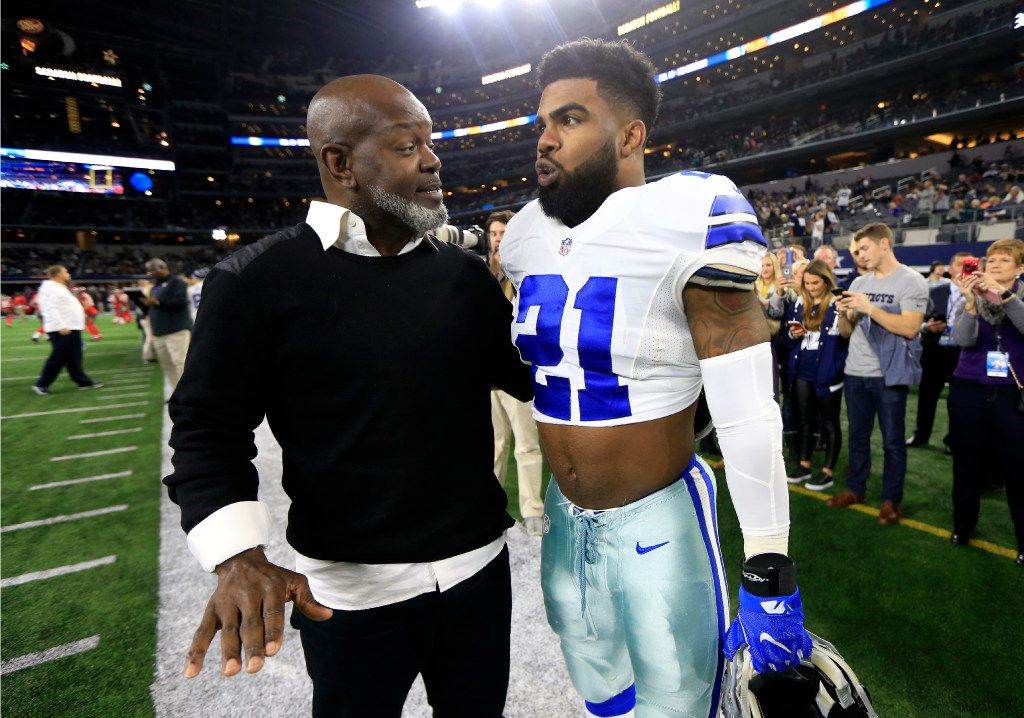 Can he and Elliott play together in 20 and 21 personnel? Sure, but that means potentially taking Blake Jarwin off the field. Or, worse, taking one of your top three wide outs off the field on a passing down. There’s no benefit to getting Pollard playing time if it reduces CeeDee Lamb’s snaps, for example.

Could Pollard and Elliott find a more equal split at the running back position in base offensive packages? It’s possible, but in my mind not likely.

Honestly, Elliott seeing 65-70% of the snaps and Pollard taking the remainder as a change of pace back seems like the right way to go here. This way you give Pollard those receiving and big play chances, while keeping your more reliable running back (and the one with the huge contract) as the number one guy.

Reliable is a funny word, though. Elliott had a massive fumbling problem in 2020, and was only rushing for 4 yards a carry on the year.

So the question then question becomes, can Ezekiel Elliott actually be more reliable in 2021?