How The Cowboys Are Forming An Impressive Pass Rush Package

While complicated in some ways, football boils down to pretty simple concepts. If you want to win games you have to rush the passer and protect your passer from the opponents' rush.

Well, as we all know, formulating a consistent pass rush in the NFL is a very difficult thing to do, and one the Cowboys have struggled with for much of the last decade. Once DeMarcus Ware hit an advanced age and the Cowboys moved on from him, the team cycled through defensive ends looking to find their next “War Daddy” edge rusher.

They've tried, multiple times, early in the draft to snag that big time rusher. And now that there are no injuries or suspensions on the edge, it appears the Cowboys might actually have two top tier level rushers.

One of those guys, DeMarcus Lawrence, has already proven it consistently on Sundays. Last season, Lawrence had a legit case for Defensive Player of the Year, leading the team with 14.5 sacks and dictating pass protections week in and week out. 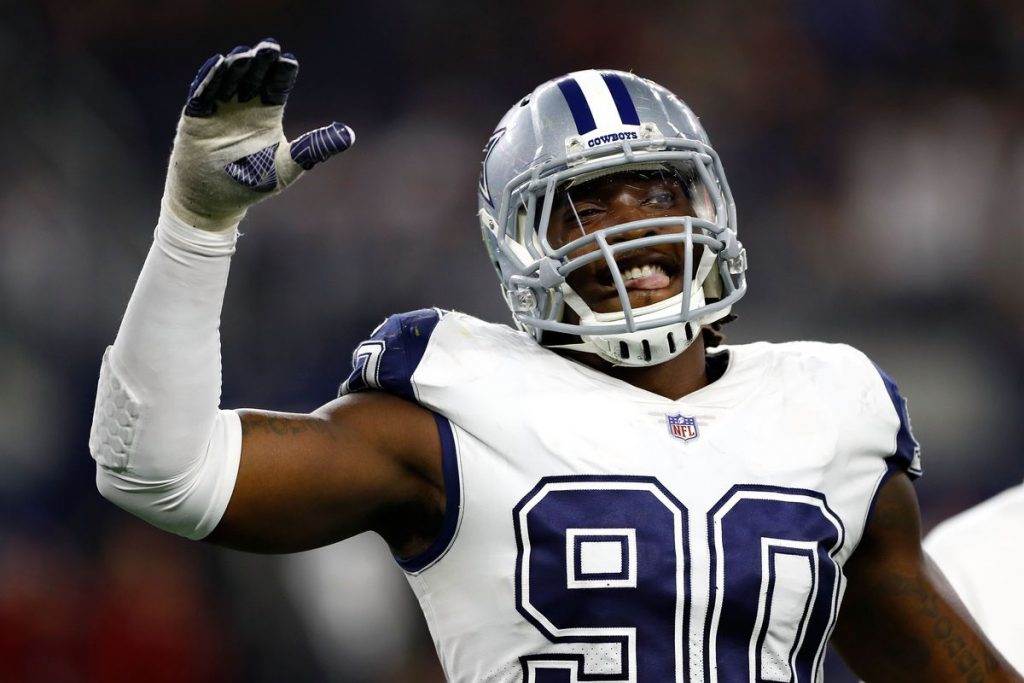 The other guy, Randy Gregory, hasn't played in a regular season game since Tony Romo threw his final touchdown pass in the league. But thus far in training camp and limited preseason action, we've seen all the signs that Gregory is back.

After all, Dallas drafted the athletic edge rusher in the second round of the 2015 draft for a reason. They gave him number 94 for a reason. And they've been so patient throughout the suspensions for a reason.

That reason, of course, is that Gregory possesses elite pass rush traits. The athleticism, burst, bend, and natural ability which Gregory features simply can't be taught. And when you find a player like Gregory, you let him develop as long as it may take.

It's already expected that Randy Gregory might start week one at RDE opposite of DeMarcus Lawrence, giving the Cowboys one of the more dangerous and high-ceiling edge tandems in all of football. But no pass rush group is complete without some interior rushers, and injury and suspension have severely handicapped the Cowboys defensive tackles this offseason.

In an attempt to scrap up some interior presence, the Cowboys might've stumbled into an elite pass rush package, however. With former defensive ends Tyrone Crawford and Kony Ealy working on the inside, and Gregory and Lawrence off the edge, Dallas can put their version of the “NASCAR” package on the field.

The possibilities for twists and stunts between these ends and tackles are endless, especially because of the speed the Cowboys can bring on the interior. When you combine these four with the abilities that a player like linebacker Jaylon Smith has to rush as a blitzer, you begin to see how good the Cowboys pass rush can be.

If all goes well health and suspension wise, of course.

For the first time in a long time, the Cowboys defense is the group giving us excitement heading into the season, and the offense is the one providing more questions than answers.

At the very least, this defensive line should be a fun one to watch for 16 games.

Kevin Bradyhttps://kevinrobertbrady.wordpress.com
Die-hard Cowboys fan from the Northeast, so you know I am here to defend the 'boys whenever necessary. Began writing for a WordPress Cowboys Blog, and have been with ITS since 2016.
Previous article
Cowboys en Español: Lesión de Frederick y Su Impacto en 2018
Next article
Longtime Cowboys Architect Gil Brandt Named Hall of Fame Finalist