Coming away from the 2021 NFL Draft with new talent in the secondary was the biggest priority for the Cowboys. Unable to do so in the first round, Kentucky CB Kelvin Joseph was the pick at 44th overall. Playing in just 15 collegiate games, the Cowboys went with inexperience but high upside in looking to replace a combined 74% of snaps lost at cornerback from 2020.

Joseph was absent from the Cowboys last week of OTA practices with a reported illness, though DC Dan Quinn said the rookie is “off to a good start”. In a draft where the Cowboys brought in eight new defenders – heavily influenced by Quinn's vision to rebuild this defense – there remains a clear path for Joseph to play opposite Trevon Diggs.

However, 99th overall pick Nashon Wright out of Oregon State has taken full advantage of his practice time. Looking to outplay his third round draft status, Wright has made a strong first impression.

When Wright was the Cowboys third round pick, many national draft analysts and Cowboys fans alike immediately called it a reach. Wright faces an uphill battle to excel at CB with his height being a significant outlier for starting success in the NFL.

Looking for length and size at cornerback isn't exactly a new concept for the Cowboys, it's not unique to Quinn handpicking prospects for a defense that is once again going through a rebuild.

Wright has flashed multiple times in each of the Cowboys OTA practices open to the media, playing with some of the ball skills and instincts that Joseph showed at Kentucky. He could be a hidden gem of this draft class should Dallas rely heavily on the Cover 3 scheme Quinn has used in the past.

With fellow rookie cornerback Kelvin Joseph missing the practice open to the media earlier this week, Wright has had an opportunity to step up and garner the attention of observers. If he can adapt quickly, Wright’s length can be a fantastic attribute in Dan Quinn’s cover-3 scheme. When he was drafted, it seemed as if it would take time for Wright to earn playing time and find his way on the field in 2021. However, if he can continue to make people notice his play in a good way as the team transitions to training camp and the preseason, he may find himself on the field sooner than expected.

The other factor here is veteran CB Anthony Brown, who's been an inconsistent but important member of the Cowboys secondary. At his best, Brown can play on the outside or slot and is fluid in man coverage.

Brown being the player that helps ease Joseph into the season isn't a bad option for the Cowboys, but it means they'd largely be relying on just one top 100 pick to help turn around a secondary that lost Chidobe Awuzie in the offseason. Joseph came away with four interceptions in 2020, giving him the upside to see the field and create turnovers.

The Cowboys are in good position to not ask too much too soon of Joseph thanks to Wright's development and Anthony Brown, but also Jourdan Lewis, second-year player Reggie Robinson, and C.J. Goodwin.

The team also drafted CB/S Israel Mukuamu in the sixth round at 227th overall. This is the level of competition in the secondary that Joseph will return to at the end of OTAs. Playing at near full strength on offense, the Cowboys will not only be able to test their defense well in practice, but expect to play from ahead often this season.

This means an inexperienced secondary will be tested plenty as teams try to match the Cowboys potential point output. Taking advantage of poor throws with great range and good hands at the catch point is something Joseph brings to Dallas that could make him stand out in a big way.

Cowboys rookie CB Kelvin Joseph was not at organized team activities last week because of an illness. He’s back with the team today and will participate in this week’s minicamp.

Mike McCarthy: “It’s good to have him back. He was in quarantine the last 10 days. He’ll work today.”

Along with fellow rookies Micah Parsons, Osa Odighizuwa, Chauncey Golston, Jabril Cox, and Quintin Bohanna, I'll have my eyes on Joseph the closest for updates on his development early in Cowboys training camp.

The failure on defense was system wide. I expect cornerback play will be better as the guys in front of them did get an upgrade in talent through the draft and free agency. A full offseason with Dan Quinn in place cannot be taken lightly either. I am looking forward to a dramatic improvement from this side of the ball this year.

Let’s not get ahead of ourselves, there’s a reason why Wright was a 3rd rounder and considered a reach at 3 and why mukuamu is a 6th rounder, they’re developmental players,

If it wasn’t for Joseph’s off the field issues, and the fact he didn’t play much this year, he would have easily been in conversation for top CB in draft with Surtain and Horn.

And the true nail in the coffin as to why he’ll play and not have a lot of competition is that he’s a playmaker at CB, he gets picks, and we’re in desperate need of guys who can get TOs on D, it doesn’t matter as a CB if you give up plays, as long as you can make plays and turn it over, it’s fine with if you get burned on occasion

So no, I think Joseph will get plenty of playing time and won’t have to worry about fighting for playing time

TUTX88…. Draft position doesn’t mean anything!! And analyst thinking he’s a reach doesn’t mean anything either!! What matters is how fast they adapt to the NFL!! Look at Richard Sherman…. I believe he was a 5th round pick in his draft, and he turned out to be one of the best corners in the NFL for years!! So you can’t use they’re draft spot to tell how good they are!! That’ll just make you look stupid in the end!! And you mite wanna go do some research on Israel Mukuamu…. He’s better than his 6th round draft position tells you!! Him and Horn were gonna be one of the best corner duos in college until he got injured and then opted out!! So again, you can’t use draft positioning for how good a player is!!

Every rookie faces an uphill battle for playing time. However, the great ones make that climb very quickly to become King of the Hill. The Cowboys have a lot of good young players that can be the foundation for their next dynasty. I’m looking forward to seeing them on the field.

His upfield battle is only as a Week-1 starter. His getting (more than average) developmental playing time is a virtual lock. 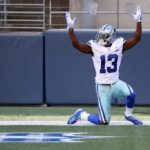 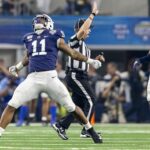