Michael Bennett is a Dallas Cowboy.

Just days ago, predicting that sentence would've shocked most NFL fans, but as we near the Cowboys' week 9 game against the New York Giants, it's now a statement of fact.

Bennett's acquisition had most of Cowboys Nation excited, but it also had some scratching their heads. He's been called a “big personality,” who may not fit in every locker room around the league. But Bennett's former defensive coordinator Kris Richard doesn't want to hear about all of that.

Richard talked to the media late last week, and spoke glowingly of the Cowboys newly acquired defensive end. “He understands excellence,” Richard said of Michael Bennett, and when you examine what Bennett did while paired with Richard in Seattle, that statement rings true. 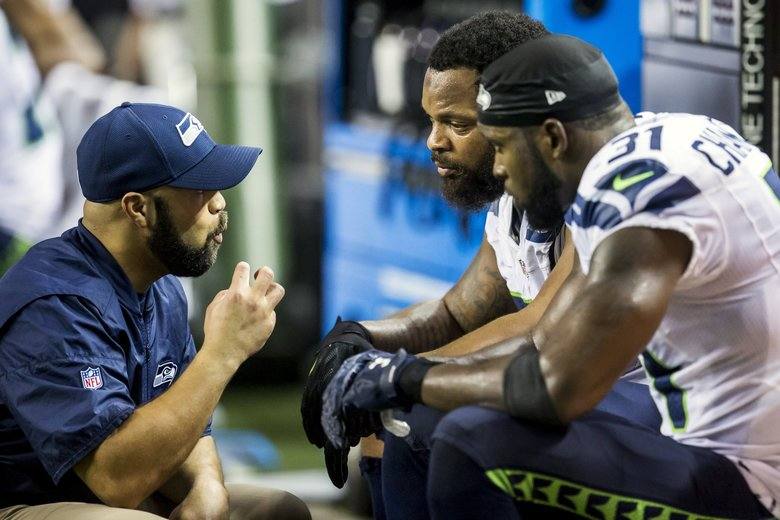 Bennett was an absolute stud in Seattle, as he has been for his entire NFL career. With over 60 sacks, 341 tackles, three Pro Bowl appearances, and a Super Bowl ring over his career, Bennett brings a level of excellence the Cowboys currently lack in their locker room.

Michael Bennett comes with that level of championship experience, knowing what it takes to get to and execute at the next level. As corny as that sounds, this level of experience matters when the games are at their most important in January.

Kris Richard also discussed the process behind trading for Bennett, claiming the Cowboys were “chomping at the bit” to add the former Pro Bowl pass rusher.

“We were just sitting in the office one day, doing our normal preparation, and all of a sudden we get a call asking our thoughts and to take a look and would we be interested” – Richard

Bennett will be a welcomed addition to a Cowboys defensive line that had struggled over the first quarter of the season to create consistent pressure. DeMarcus Lawrence and Robert Quinn have formed a dynamic duo on the edge, but rolling out Bennett will create a heck of a trio for offensive lines to deal with.

We'll see signs of just how fearsome that trio can be on Monday night, when the Cowboys travel to New Jersey for a big divisional game.

The final AFC opponent the Cowboys will face in 2022 will be the Tennessee Titans in Nashville during Week 17. The last time Dallas faced...
Read more
Game Notes