Now or Never: Can Lance Lenoir Secure a Roster Spot in Preseason Finale?

As the Dallas Cowboys get ready for tonight's preseason finale, there are many things to watch out for even if not a single starter touches the field. With cutdown day rapidly approaching in September 1, a handful of players will be fighting for the last spots on the team's 53-man roster. One of those players will be Wide Receiver Lance Lenoir.

In an overhauled position, Lenoir had a strong training camp and opened the preseason with an impressive touchdown catch versus the San Francisco 49ers. This was followed by a quiet game against the Bengals when he was targeted only once in a pass that resulted on a 19 yard gain. And then, in the Cowboys' disastrous third week of the preseason, Lenoir had two fumbles. One of these resulted in a touchdown for the Cardinals.

Now, let's get a couple of things out of the way. Byron Jones is the main player to blame for Lenoir's first fumble. He was the one who made the mistake of running into him out of nowhere. Having said that, Lenoir could've done better to avoid the turnover. But let's also mention Lenoir was close to fumbling the ball again in the second half. Not only that but this isn't the first time that has happened. Lenoir also struggled on this department in 2017.

Lenoir is clearly fighting for the position's last spot. He's not fighting any of the top receivers. His battle could probably be narrowed down to Noah Brown and Deonte Thompson. So what does he need to prove to earn that spot?

When the Cowboys take the field tonight to play the Texans, Lenoir has to seize the opportunity of starters not playing to make the best statement he's able to as a receiver. His struggles on special teams haven't helped his case since usually these kind of players need to be contributors as specialists. It doesn't seem like Lenoir will be able to overwrite his special teams history with one strong preseason performance in week 4. 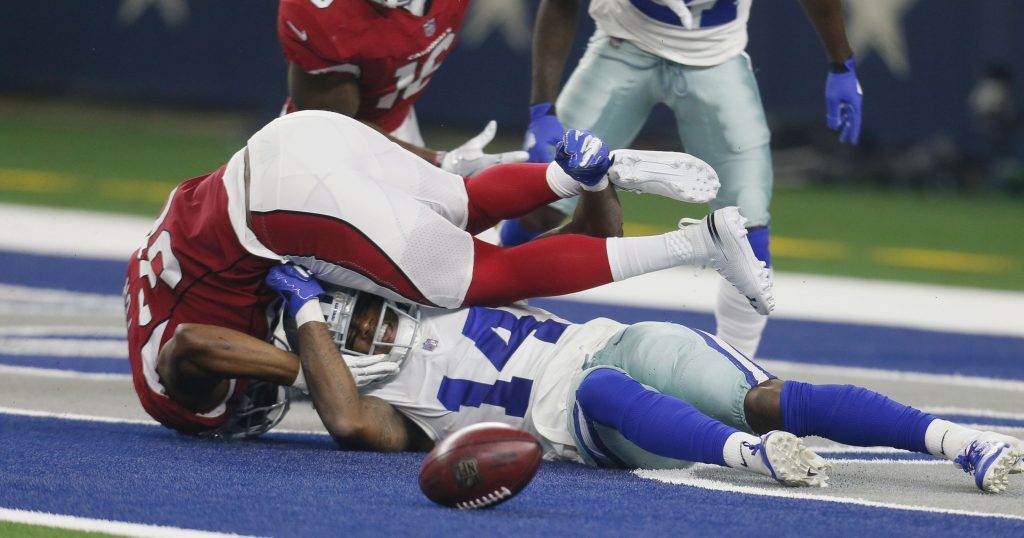 Then again, it won't be an easy task to earn his spot as a receiver. Although it has been widely criticized, the Cowboys' wide receivers aren't a bad unit. Sure, they lack a big household name such as Dez Bryant but they'll be a productive group, especially with Michael Gallup generating a strong chemistry with Dak Prescott.

Before the preseason began, I doubted Terrance Williams' chances of making the roster. I honestly believed the Cowboys would be all in for betting on their young player's upside rather than William's experience. But #83 has had a strong camp and a fairly decent preseason and his time with the first-team offense has shown us just how much this coaching staff likes him.

Probably the best blocking receiver on the team, his roster spot looks secure and it's become clear that Lenoir isn't battling him. Let's count Tavon Austin as a receiver and think about the top five in the conversation.

That leaves us with Noah Brown, Lance Lenoir and Deonte Thompson on the outside looking in. They're likely to go with six receivers on the roster but has Lenoir done enough to be the guy? To be honest, what are the chances of him actually being active once the season begins?

Due to his injury, Noah Brown could be an IR candidate. If the Cowboys decide to release Lenoir, he's likely to go unclaimed and end up on the team's practice squad for the second consecutive season. As for Thompson, he'd end up playing somewhere else. This whole battle could come down to Thompson and Lenoir's performance in the preseason finale since both have had strong training camps.

It's now or never for Lance Lenoir. Will he be able to put on a show tonight to make this whole discussion even more interesting? If so, he'll have to pull it off with Cooper Rush and Mike White throwing him the football. We'll have to wait. See? Who told you preseason games were boring?

Mauricio Rodriguezhttps://www.facebook.com/PrimeroCowboys/
I love to write, I love football and I love the Dallas Cowboys. I've been rooting for America's team all the way from Mexico ever since I can remember. If you want to talk football, I'm in... You'll find me at @MauNFL.
Previous article
Expanded Route Tree Will Make Cole Beasley Uncoverable in 2018
Next article
#HOUvsDAL: TE Rico Gathers Has Final Chance To Earn Roster Spot