2020 has been a disaster for the Dallas Cowboys.

Despite high expectations and what we thought was a talented roster, this year's team has completely fallen apart. Now heavily injured and sitting at 2-5, the front office started a bit of a fire-sale on the defensive side of the ball.

First, they traded away defensive end Everson Griffen, who they had traded for earlier in the offseason. Then they attempted to trade both cornerback Daryl Worley and defensive tackle Dontari Poe before ultimately cutting both players.

With the Cowboys shedding these veteran guys in an effort to acquire draft picks and give their young players a chance, many began wondering what the team would do with Aldon Smith. Well, with the rumors dying down around The Star, it appears that Aldon Smith is in the team's longterm plans.

NFL Network's Mike Garafolo reported this week that the Cowboys are standing firm behind Smith, who has had a career turnaround in Dallas this season. He also added that the team is hoping to reach a contract extension with Smith eventually.

From @gmfb Weekend: The #Cowboys have parted ways with a few defensive players but one guy they refused to trade when teams called recently was Aldon Smith, whose career resurgence should eventually lead to a longer-term deal with Dallas. pic.twitter.com/eMiiaOlrAn

Ian Rapoport then added onto this report, stating that the pass rusher hungry Seattle Seahawks actually called the Cowboys to inquire about Aldon Smith. It would seem that the Cowboys said they were not interested.

This is interesting: The #Seahawks called about Aldon Smith… https://t.co/Nmp7lkpX49

Smith has been one of the few bright spots during this lost year, returning after multiple years away from the sport to the tune of four sacks already this season.

Aldon Smith and DeMarcus Lawrence form a tough defensive end duo, and with Randy Gregory returning from suspension this edge group has a chance to shine the rest of the year. Now let's hope the team can keep these guys all healthy and active, while rebuilding the interior of their defensive line during the offseason.

Smith is a feel good story in a bad 2020. But, it is foolish to consider him a future core piece.
He has already started to decrease in effectiveness as would be expected from a player his age.
Good teams do not confuse one year rentals as stars.

I’m inclined to agree with siempre. Smith came out of the gate like gangbusters , but has tailed off somewhat. I still think he is our best lineman. However I would be careful about overplaying him at his age.

Also he’ll be chasing his first big contract, do we wanna engage in a bidding war for him? 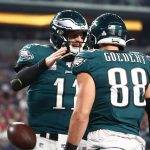 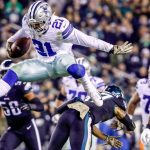