A lot has happened with the Dallas Cowboys roster in a short period of time leading up to the 2018 NFL Draft. Just four days away now, the Cowboys are still adjusting to life without Dez Bryant, and may be preparing to welcome back Randy Gregory this season.

After months of speculation about the Cowboys' exiled pass rusher turning his life around for the better, the end result may be Gregory triumphantly returning to the field and filling a considerable position of need in Dallas.

Through Gregory's numerous absences from the Cowboys, the team has searched for temporary fixes at his right defensive end spot until drafting Taco Charlton in the first round last year. In his rookie season, Charlton looked much better at left end behind DeMarcus Lawrence than he ever did rushing against left tackles.

Randy Gregory can beat left tackles with speed and bend, but also has more career suspensions than he does sacks. Finding another defensive end with these traits in the draft could put the Cowboys defensive line over the top, but doing so with this year's class could cost them a pick better spent elsewhere.

Of course, this will be the case if Gregory does complete a comeback that the Cowboys have been understandably quiet about until recently. Stephen Jones has said the plan for Gregory is to apply for reinstatement following the draft.

The Cowboys “smart” approach of rebuilding their front four on defense as if Gregory would never see the field again has yielded them plenty of success – at all but the spot Gregory would line up at. DeMarcus Lawrence, David Irving, Maliek Collins, and Taco Charlton should all inspire hope for this unit in 2018.

This is more than we were ever able to say about forgotten defenders like Benson Mayowa, who remains a free agent RDE. 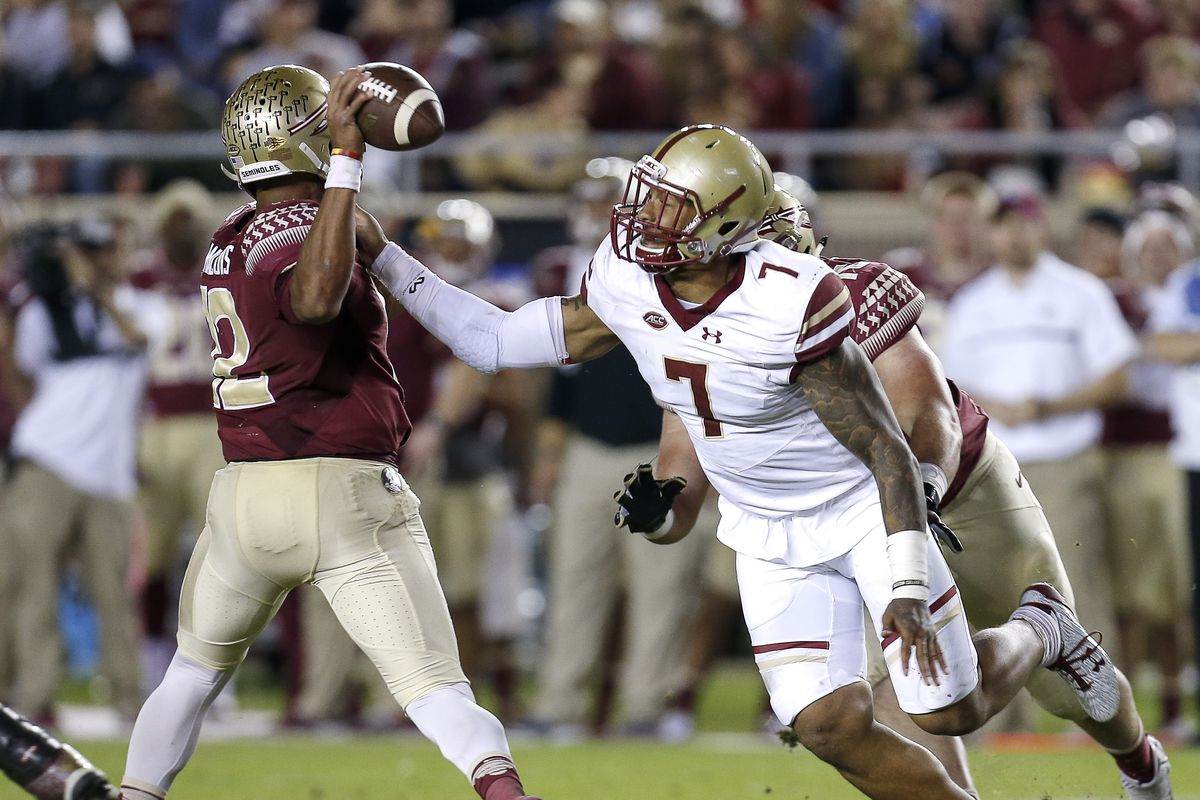 The same can be said about prospects like Harold Landry or Marcus Davenport. At this point though, it feels like a priority draft pick spent at DE is a sudden sign of nervousness about Randy Gregory's return by the Cowboys.

This team has plenty of depth to deploy Rod Marinelli's patented “waves” of pass rushers, finally entering a season with an elite talent at DE too. The opportunity to have DeMarcus Lawrence and Randy Gregory attack opposing quarterbacks from opposite sides is a reality the Cowboys are prepared to work towards.

They should do so looking elsewhere early in the draft, coming back to defensive end if a developmental player they like falls.

I can’t believe this is really a topic

My answer is no, should not matter. There are a couple later round Edge rushers who might be worth a 5-7th draft pick to aquire. If Randy can come back and make the roster (2 big ifs) great. . . if not oh well. Can’t say we didn’t try.

I don’t think we need one. I remember the KC game, where Tony Romo was broadcasting. He was very impressed with D-Law and Irving. Tony praised them and felt the D-line had something special when these guys were here and healthy together. Therefore, Gregory will not change the Cowboys draft.

do not rely on this guy to be something other than a camp body at this point, if he is reinstated.

go about your business as if he’s not around and will not be here.

Defensive line is no longer our thinnest position, We have a number of needs (WR, S, OG, LB, TE) and you only get one 1st round pick, so shore up one of the thinner positions with the best guy available in that first round. Take a WR in the first, use the money saved with the Dez release on a trade for Earl Thomas, and cross your fingers with the Gregory situation (Irving will pick up the slack this year even without Gregory) and take the best available OG, LB and DT in the later rounds.

i really don’t see any WR’s worthy of a first round pick. we have plenty of WR’s right now. and WR’s nowadays are like RB’s, not a position that we should be spending #1’s on, unless it’s a zeke or barkley. i’m interested in seeing what we can do with KD.

we have been in the business of crossing our fingers too much over the last few years, not many have panned out or remain unanswered.

i’ll go with the ET trade as long as we don’t give away everything.

i say LB, DL, OL in that order for best player available at the one spot