Dallas Cowboys Defensive End Taco Charlton might be turning things around. The former first round draft pick didn't have a great couple of seasons to start his career off, which forced him to be in a battle to earn a spot on the Cowboys 53-man roster this offseason. Three weeks into the preseason, it looks like he's a lock to make the team. In a “Dress Rehearsal” game that went great for the Cowboys, Charlton's performance was among the best players.

A couple of weeks ago, I discussed how the Cowboys' younger defensive ends could force the team to move on from Taco. From Dorance Armstrong to Jalen Jelks, there's a handful of promising players that were participating in a positional battle that one way or another, included Taco Charlton.

However, the Michigan product showed up to play versus the Los Angeles Rams with two passes batted down. Despite making such plays, we still hadn't seen much from him in the pass rush department. 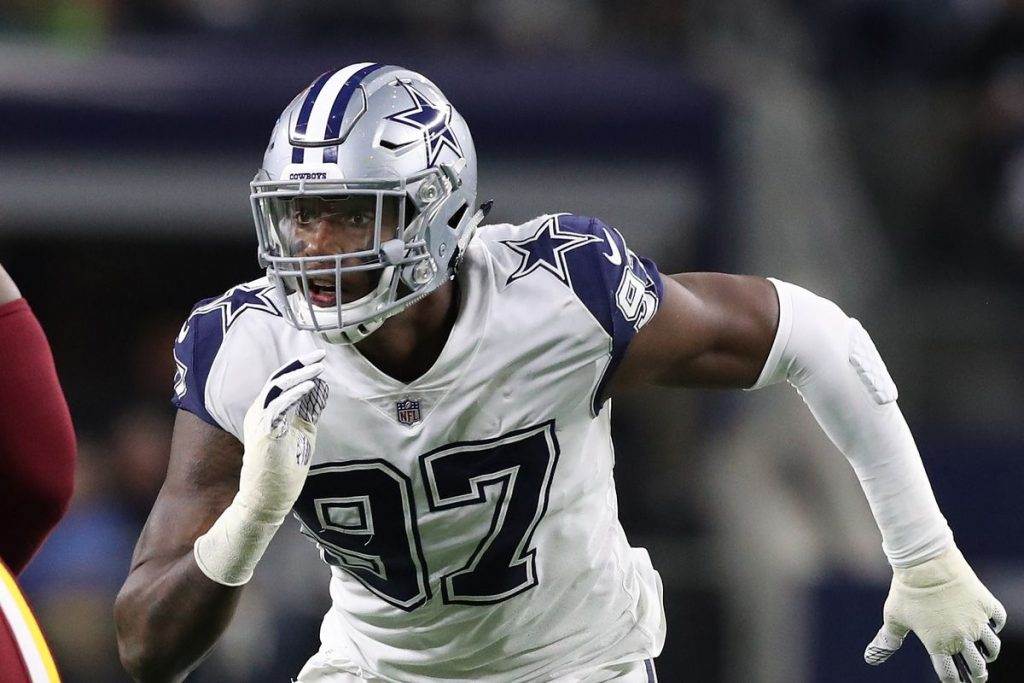 That changed against the Houston Texans last Saturday when he managed to get two sacks (one strip-sack), two forced fumbles and a recovery. This was undoubtedly Taco's best game in his career. He still has a lot to prove, but it was definitely good to see him have a “breakout” preseason game.

With such performance, it doesn't seem like he'll be going anywhere in 2019. Charlton won't be a starter for this team, but he could become a very important rotational piece for Rod Marinelli's defense. He has a great opportunity to find playing time during the first two weeks of the season before Robert Quinn returns from suspension.

One unfortunate note was that in his best game yet, Taco went out injured twice (ankle). The first time he went back to the field to get some more but had to walk off the field for a second time. Hopefully, he's able to play next Thursday but I wouldn't be surprised if he doesn't after having a breakout game versus the Texans.

Taco Charlton still has a very long way to justify being a first-round pick, but his play against Houston was a start. It will be very interesting to see how he plays in the 2019 regular season. He'll have to fight for playing time and he'll have to make every snap count to turn his career around.

Mauricio Rodriguezhttps://www.facebook.com/PrimeroCowboys/
I love to write, I love football and I love the Dallas Cowboys. I've been rooting for America's team all the way from Mexico ever since I can remember. If you want to talk football, I'm in... You'll find me at @MauNFL.
Previous article
Cowboys’ Taryn Christion Gets Time at QB; More Coming?
Next article
Should Cowboys put in a Waiver Claim for Former Packers S Josh Jones?

Certainly a couple of interesting games from Taco . Too early for a complete change in my opinion .