The Dallas Cowboys have lost games to the Green Bay Packers, New Orleans Saints, New York Jets and the Minnesota Vikings. Last Sunday Night, the Cowboys hosted the Vikings on primetime and lost in a game that went down to the wire. It felt like the toughest loss of the season. Why? Let’s dive in to this week’s edition of Takeaway Tuesday.

Cowboys Turned Their Back on Dak Prescott’s MVP Performance

Cowboys Nation was shocked with the Cowboys’ play-calling late in the game and for good reason. After starting the drive backed up at their own five, Prescott completed six of seven passes for 79 yards. Then, on second down and two to go, the Cowboys ran the ball with Ezekiel Elliott for no gain. On a short yardage down, that was comprehensible. Maybe not ideal, but understandable. On third down, though, they handed it off again to Zeke.

In the game in which Dak Prescott was playing at an MVP level, with less than two minutes on the clock, the Cowboys took the ball away from him to put the game on the star running back who was having a rough day with less than 50 yards against a stout Vikings defense.

Now granted, the play on third down seemed to be an RPO concept with Jason Witten as the pass option. But why are you giving Dak one pass option when he’s dominated all night? Why are you instead trusting Elliott in a game in which he failed to average three yards per carry? Prescott was unbelievably clutch, throwing for almost 400 yards, three touchdowns and a 100% conversion rate on 3rd & 7+.

This was by far the number one reason why the loss to the Vikings was so frustrating to watch. The Cowboys have a franchise quarterback. But they need to learn to trust him as such and put the games on his hands when needed. Not on their running back, regardless of how much they pay each. 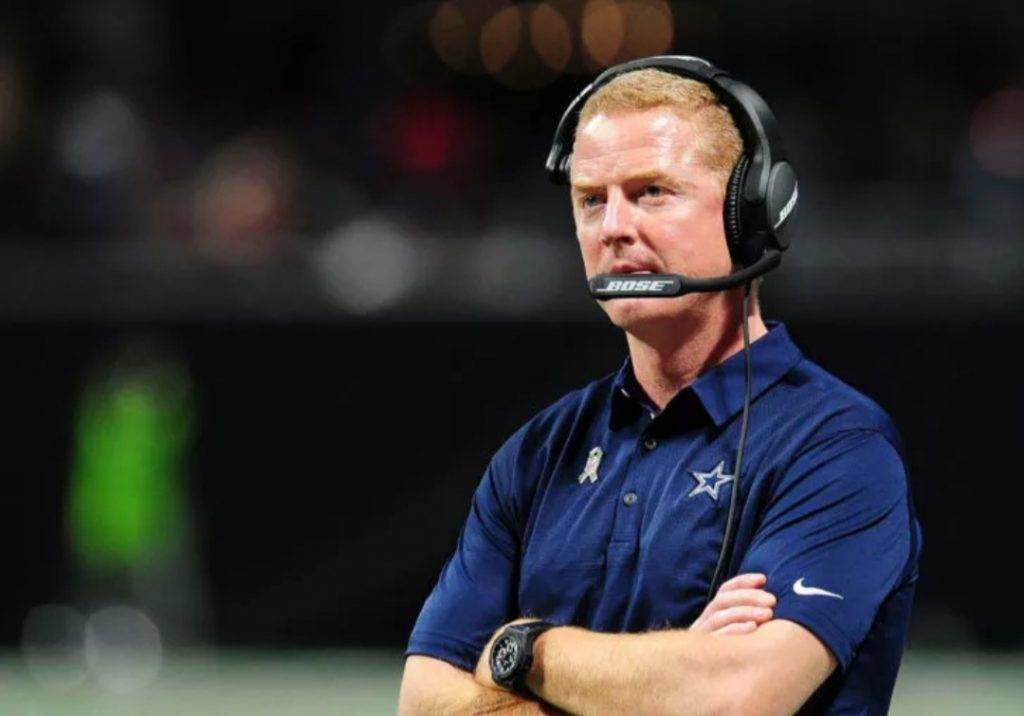 Jason Garrett Must Be More Aggressive in Fourth Down Decisions

It’s easy to say this in retrospective, but I believe the Cowboys didn’t make the right decisions when facing fourth down last Sunday night. The first notorious decision came in the second quarter, when the Cowboys faced 4th & 4 with the ball on the Vikings’ 40 yard-line. Being behind 14-0, they decided to punt.

It turned out fine for the Cowboys in the end, tying the game 14-14 later in the second. But the analytics trend in the NFL really has evidence to back up the fact that Dallas should’ve gone for it in such a critical spot.

Kevin Brady took a deeper look at the Cowboys’ win probabilities on this article for Inside The Star.

was working on a post for @InsideTheStarDC on this last night. here's the estimated WP for each scenario on that fourth and goal. pic.twitter.com/ud1C3zMqFR

The Baltimore Ravens are taking the league by storm using analytics and making the right decisions in fourth down. Yet, some teams in the NFL are not catching up. The Cowboys are one of those teams.

The main reason the Cowboys lost to the Vikings was coaching and that’s clear. But defense earned the second place. Kirk Cousins played a good game versus Rod Marinelli’s unit, despite the box score suggesting otherwise. He made a couple of impressive throws at AT&T Stadium while Kyle Rudolph finished night with two touchdown catches and a two point conversion.

Dalvin Cook, one of the toughest offensive weapons to face in this league totaled 183 yards last weekend. It’s not easy to face Cook and limit him and the Cowboys failed to do so. The linebackers had a very rough day overall and there wasn’t a single performance to point out as a positive.

Every week. Every week we talk about how this Cowboys team started slow against any opponent. In six games, they haven’t scored a TD in the first quarter. Not even at the beginning of the season, when they went 3-0 against poor teams did they start a game on the right foot. Who to blame? Both players and coaches, but I’d lean toward coaching first.

Bottom line, there’s a huge problem with the way this football team prepares for gameday and the Cowboys need to figure it out fast. Their backs are against the wall and playing from behind every game costs games. At 5-4 and headed toward tough opponents in the second half of the season, it’s time to put an end to such starts.

Tell me what you think about “Takeaway Tuesday: Cowboys Turned Their Back on Prescott’s MVP Performance” in the comments below, or tweet me @MauNFL and let’s talk football! If you like football and are looking for a Dallas Cowboys show in Spanish, don’t miss my weekly Facebook Live! show, Primero Cowboys!