Still one of the best in the business in his 11th year, Tyron Smith has enjoyed a great season so far in 2021. But suddenly yesterday, the Cowboys star left tackle appeared on the team's injury report with a neck issue. Given Tyron's history, this is a cause for major concern in Dallas.

Neck issues have plagued the All-Pro tackle for the last five years. He missed three games each season from 2016-2019 and then missed 14 last year, finally opting to have surgery in October.

Smith's return in 2021 has him right back among the top left tackles in the NFL, but now it appears his old nemesis may be back.

Cowboys LT Tyron Smith (neck) was added to injury report today. Level of concern is still being determined, source said. Smith has history of neck issues, including surgery in 2020 while missing 14 games. Evaluation is ongoing. Smith and team, of course, will evaluate thoroughly.

A source said Tyron Smith underwent a MRI today on neck area. It’s been described as precautionary more than anything else. @dmn_cowboys

#Cowboys starting left tackle Tyron Smith was added to the injury report with a neck issue today and practiced on a limited basis. A source told me the current expectation is that Smith will play Sunday at the #Patriots.

Mike McCarthy on @1053thefan on LT Tyron Smith (neck) being added to the injury report Thursday: “I’m thinking we’re going to be fine there. We’ll see how Tyron is today when he comes in. Something that showed up in practice yesterday.”

It's a key fact that Smith was not a “DNP” yesterday and did join the team in practice, albeit in a limited capacity. Some veterans appear on their team's injury reports almost weekly and yet never miss a game; hopefully that's as far as this goes for Tyron.

Still, with 26 missed games over the last four seasons, any mention of Smith and his neck throw up red flags. And if he was to miss time again, Tyron's absence could be a colossal issue for the Cowboys.

La'el Collins will be out one more week to complete his five-game suspension. That would likely leave Ty Nsekhe, about to turn 36 in a few weeks, as your starting left tackle against a stout New England Patriots defense.

Even once La'el gets back there would still be issues. The idea of Nsekhe, Terence Steele, or Brandon Knight playing extended time at left tackle is scary. While Steele has done well covering the right side in Collins' absence, left tackle presents different techniques and challenges that none of these backups, or even La'el for that matter, have proven they're capable of handling.

Again, it's too early to panic. This may be just a brief blip on the injury radar and Tyron Smith will continue his great season. But it's okay to be concerned; you can bet your butt that the Cowboys coaches and front office are.

Ole TS is a GREAT player but it may be time for him to consider retiring so he can enjoy life beyond football!! Sure would hate to see him go but it’s not worth living in pain for the rest of his life!

We don’t yet know if this is even an issue let alone related to his previous injury/surgery. The MRI result was good. Likely they are being super careful and doing due dilligence with the MRI. Not ready to freak out yet. But yea if this is an issue it will dramatically affect our season. 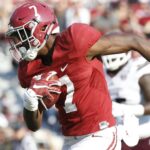 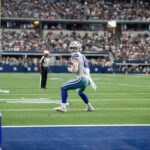