What Will It Take for Elliott to Report to Cowboys Camp?”

Everywhere you look for NFL and Dallas Cowboys coverage, you see Ezekiel Elliott's name. The Dallas Cowboys have been in Oxnard, California for training camp since July 25th, when the team flew together to report. Since then, the star running back's absence hasn't gone unnoticed. With two years left on his contract, Elliott is currently getting ready for the season in Cabo as he hopes to get a contract extension for the long term.

Being such an important piece for the Cowboys, fans fear the possibility of Zeke not being with the team once the regular season kicks off. Said fear, fueled in huge part thanks to Le'Veon Bell's season holdout with the Pittsburgh Steelers last year, could disappear if the Cowboys simply pay Elliott for him to report.

At least that's what many believe. However, for Elliott to get back with the Cowboys, a long term extension might not be that necessary in 2019. 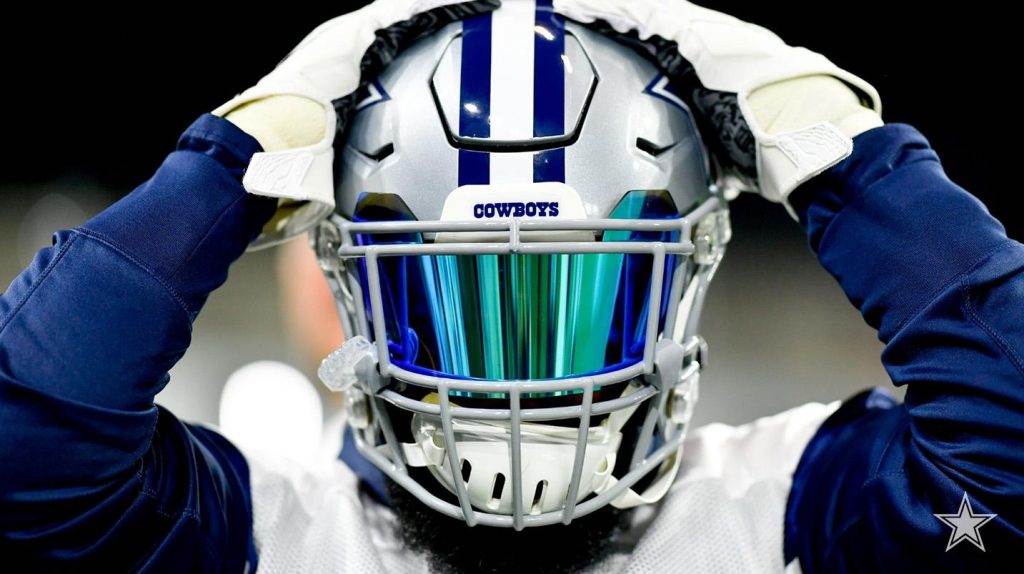 Let's not forget about the importance of August 6th. A date constantly thrown out there when discussing Zeke is related with the running back's accrued seasons in the NFL. In order for any player to become an unrestricted free agent once his contract is up, he has to account for four “accrued” seasons in the league. So far, beginning in 2016, Elliott has three of those.

In order to earn his fourth, Elliott must report to training camp by August 6th. If he doesn't, he'll have to wait until 2020 to earn it. If he does that, how much leverage will he really have when he's likely to need it most?

In case you don't know, a player who doesn't total more than four accrued seasons before hitting free agency becomes a “restricted” free agent, which means his team can assign him a “tender” and have right of first refusal (a period of time to decide to match – or not – an offer extended to the player by other club). Basically, being a free agent without really being “free.”

I don't know about you, but I have a hard time envisioning Elliott taking the decision to not show up before August 6th. Honestly, it doesn't seem like the best idea for his career. Other than the fact that he's one of the best running backs in the league, his situation is very different from Le'Veon Bell last year. Bell had already even played under the franchise tag in 2017. He had the accrued seasons, and he had played out his rookie deal.

The big question is, what do the Cowboys need to do to convince Elliott of showing up? With Dak Prescott and Amari Cooper also on the waiting list, I don't think an actual contract extension is the only way, although they've reportedly already sent an offer to Zeke's team.

Mike Fisher from 105.3 The Fan has said on Twitter that a “compromise” to work on his deal might be just enough, and it wouldn't surprise me if that's the case. Prior to the 2018 season, Atlanta Falcons' WR Julio Jones reported to camp after both parties agreed to renegotiate the receiver's contract this year.

With the front office focusing most of its attention on the team's QB and WR for whom they traded a first round pick last season, it would make a lot of sense if that's all it takes to get Elliott to Oxnard.

As we await to see what happens by August 6th, here at Inside The Star, we'll continue to update you with the latest on the Dallas Cowboys.

Mauricio Rodriguezhttps://www.facebook.com/PrimeroCowboys/
I love to write, I love football and I love the Dallas Cowboys. I've been rooting for America's team all the way from Mexico ever since I can remember. If you want to talk football, I'm in... You'll find me at @MauNFL.
Previous articleDallas Cowboys Catch a Break with Zack Martin MRI Results
Next articleZack Martin’s Injury Scare a Reminder of Joe Looney’s Value