2018 was a weird year for Cowboys cornerback Jourdan Lewis.

After a stellar rookie season which raised expectations for Lewis heading into year two, staff changes and preseason uncertainty left him in no man's land last season. Despite spending most of his time on the boundary in 2017, Jourdan Lewis was moved to the slot during his sophomore campaign. With Byron Jones and Chidobe Awuzie on the outside, most expected Lewis to be that starting slot corner to complete the young trio.

Instead, after a preseason position battle, it was Anthony Brown who won that slot cornerback role. And because of his solid play all season, Brown never really relinquished his spot on the depth chart.

This relegated Jourdan Lewis to a lesser role than expected, but when he got his opportunities, he typically made the most of them. Asked to cover Alvin Kamara on passing downs during the Cowboys victory against the Saints, Lewis had his best game of the season and kept the prolific pass catching running back on lockdown. He also did everything he was asked to do by the coaching staff, even working with the offense on jet sweeps when Tavon Austin was out.

The Cowboys are four deep with talented cornerbacks at arguably one of the most important position groups in all of football, but it's fair to wonder what the future has in store for Jourdan Lewis. Passing game coordinator and assumed defensive coordinator in waiting Kris Richard has a clear “type” of cornerback he values, and unfortunately for Lewis, he doesn't really fit that mold.

Both Anthony Brown and Byron Jones are entering contract years, and it's likely Dallas will look to add another defensive back through the 2019 NFL Draft. Because of Richard's preferences, Dallas is being linked to corners like Houston's Isaiah Johnson. And though he doesn't have the natural coverage abilities that Lewis has, Richard may see the opportunity to mold Johnson into a starting cornerback in time due to his physical attributes.

How the Cowboys decide to deal with Anthony Brown's contract situation will also play a big role in Lewis' future with the team. If they let Brown walk next offseason, Lewis would likely slide right into that starting slot cornerback role. But if Brown has another solid season and the Cowboys bring him back, Lewis' days with the Cowboys could very well be numbered.

Jourdan Lewis is a good football player and deserving of playing time, but it doesn't appear that Kris Richard is too interested in playing both he and Anthony Brown together too often. Of course, you can never have enough good corners but you also don't want to waste a talented players' time on the bench either.

Position battles during training camp and the upcoming preseason may end up deciding which of the two young corners is on the roster in 2020 and beyond. 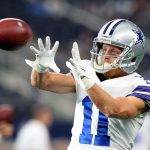 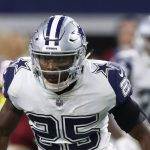