The Dallas Cowboys may have made quick work filling out their new coaching staff, but make no mistake, they still have a lot of work to do between now and the start of the 2020 NFL season. Their top two priorities right now are figuring out how to keep their top two free agents, Quarterback Dak Prescott and Wide Receiver Amari Cooper.

I believe a contract extension for Dak Prescott will happen sooner rather than later, but as far as Amari Cooper is concerned it could be a little more difficult. The Dallas Cowboys without a doubt want to keep him around, but under what circumstances? Today, I want to share with you three different ways the Cowboys can secure Cooper's services for at least the 2020 season.

If the Dallas Cowboys do indeed plan on locking up Wide Receiver Amari Cooper long-term it is going to come with a hefty price tag. Spotrac.com is predicting a five-year, $98,589,580 deal for Cooper that averages $19,717,916 per season. That would make him one of the top paid WRs in the NFL.

Of the above mentioned WRs, only Julio Jones (30) is older than Amari Cooper (25) and the more productive. Cooper's numbers are on par with the rest of the top paid receivers in the league. So, the contract extension prediction by Spotrac.com could be pretty accurate. That's a lot of money to invest in any one player and the Dallas Cowboys can't afford to get this wrong.

If for whatever reason the Dallas Cowboys can't work out a contract extension with Amari Cooper, or choose not to, placing the franchise tag on him is another option. They went this route last season with DeMarcus Lawrence and could do the same with Cooper this year. It would give them extra time to work on an extension or at the very least security services in 2020.

If you don't already know, the franchise tag is a one-year tender to a player for an amount no less than the average of the top five salaries at the player's position over the past five years, or 120% of the player's previous salary, whichever is greater. The player can negotiate with other teams, but the original team who placed the franchise tag on them has the right to either match the offer or receive two first-round draft picks in return.

Placing the franchise tag on Amari Cooper would cost the Dallas Cowboys $18.5 million in 2020, which is the average of the top five paid WRs in the NFL. I honestly don't think this is the direction they would go because I think it is unnecessary. I don't believe any team would be willing to give up two first-round draft picks and sign him to a long-term extension.

If the Dallas Cowboys don't go with the first two options then using the transition tag on him is their last way to keep Amari Cooper on the roster for the 2020 season. I personally believe this is the best way to go if they are in any way concerned his asking price is too much or if they believe he won't live up to the contract. Unfortunately, it's the riskier of the three options as well.

The transition tag, like the franchise tag, is a one-year tender offer to a player for an amount no less than the average of the top 10 salaries at the player's position, as opposed to the top five. It guarantees the original club the right to first refusal to match any contract offer a player receives, but no compensation will be rewarded if they refuse to match the offer.

If the Cowboys decide to go this route it would cost them $15.9 million in 2020. That's nearly $4 million cheaper than what he's expected to make per season if rewarded with a long-term extension and about $3 million cheaper than the franchise tag. But like I mentioned earlier, it's the riskier of the options. A team could offer Amari Cooper a contract the Cowboys can't afford to match. The transition tag is a gamble, but might be the best option if he is not locked up long-term.

How do you think Amari Cooper should be locked up for 2020?

All those players are older than Cooper.

If you give or take a year then yes. But, only Julio Jones is multiple years older.

Pay him with the extended contract. Franchise tag Prescott. Amari Cooper, Gallup, Cobb, and others are the reason Dak’s numbers are high NOT the other way around.

Did I miss something? Was there another QB throwing the ball to Cooper, Gallup, and Cobb? Yes, that trio of WRs helped Prescott in the passing game, but Dak was better because he improved his game. He is going to get a long-term deal. It’s Cooper who is more than likely to get the franchise tag or transition tag placed on him and I personally think that’s the right way to go. His price tag is far too expensive for a player that disappears at times and is always dealing with some kind of injury. It’s exactly why the Oakland Raiders traded him to the Cowboys in the first place. 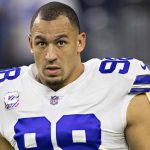 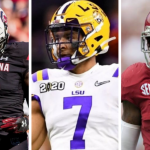