With the Cowboys returning to Oxnard for training camp, a sense of normalcy returns to the team's offseason that clubs did not have in 2020. Losing out on valuable on-field coaching time during the offseason, the Cowboys held camp at The Star but still struggled to integrate new coaches and schemes – primarily on defense.

Moving past OTAs and minicamp, the Cowboys still have work to do with new coaches and a cast of young players. Before their next chance to do so at training camp, I'll be giving an outlook on each position group from a coaching and depth chart point of view.

Starting with their biggest offseason need in CB, the Cowboys turn to a coach familiar with both Mike McCarthy and Defensive Coordinator Dan Quinn in Joe Whitt Jr. Whitt is the Cowboys new Defensive Pass Game Coordinator and secondary coach, as Al Harris moves from an assistant role up to DB coach.

Getting to know Joe Whitt Jr.

Whitt's ties to the McCarthy Packers run deep, hired in 2008 as a quality control coach, promoted to cornerbacks coach in 2009, and coaching his final season in Green Bay as passing game coordinator in 2018. The Packers archetype for CBs is similar to what the Cowboys are presently looking for, as Whitt coached the likes of Charles Woodson and Sam Shields while also overseeing high turnover at the position.

Looking for corners with size and length that can play in the face of opposing WRs is nothing new to the Cowboys personnel department or Whitt, who found himself on Dan Quinn's Falcons staff in 2020.

Last year's offseason regret for Dallas was hiring Mike Nolan to redo a defense left to virtual meetings for most of their basic installs. It was a hire made in good faith to a new head coach, who promptly had to move on from Nolan following a 6-10 season. In this case, the Cowboys secondary coaching apple still falls close to the tree, but is in line with the bigger picture of what they hope to build under Quinn. 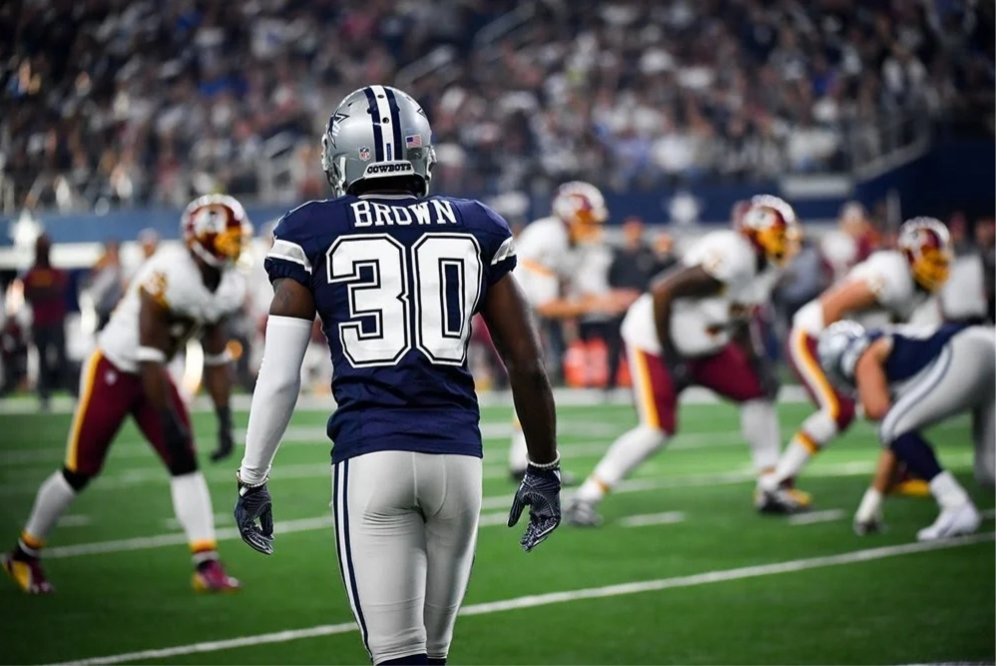 From their 2020 roster, the Cowboys return CJ Goodwin, Rashard Robinson, Deante Burton, Trevon Diggs, Maurice Canady, Jourdan Lewis, and Anthony Brown. Canady was an opt-out for the 2020 season and Robinson will begin 2021 with a two-game PED suspension.

This suddenly leaves Lewis and Brown as the experienced leaders in the Cowboys CB room. At times, both players have competed against each other for snaps at outside corner as well as slot.

Should any of the Cowboys newcomers at the position not be ready to step into a starting outside role by week one, the team could use Brown to ease them in while entrusting Lewis inside. Second-year player Trevon Diggs is penciled into one of the starting positions, and pairing him with new rookies Kelvin Joseph or Nashon Wright gives the Cowboys ideal length and physicality at both corner spots.

Speaking of Joseph and Wright, let's look at all of the newcomers for the Cowboys at cornerback.

This was a position the Cowboys absolutely needed to address in the draft, doing so in the second, third and sixth rounds. Kelvin Joseph became their high-risk-high-reward player at 44th overall. Despite missing part of OTAs with an illness, the Cowboys are still expecting big things from the LSU transfer and Kentucky product.

Joseph's tape at Kentucky shows off a player with natural instincts for the ball and the ability to mirror receivers with fluidity. This is a player that will redirect opposing receivers well and uses his length to contest at the catch point.

Not coming away from the 2021 Draft with a new starter at CB would be setting up new DC Dan Quinn for failure in year one. Quinn was a significant part of Dallas' draft plans, as they came away with not only Joseph but an emerging player in Nashon Wright.

The 99th overall pick, Wright got off to a good start in Cowboys OTAs and minicamp. Stacking good practice days together, Wright moved well for his size as he looks to set a new standard for CBs standing at 6'4″. 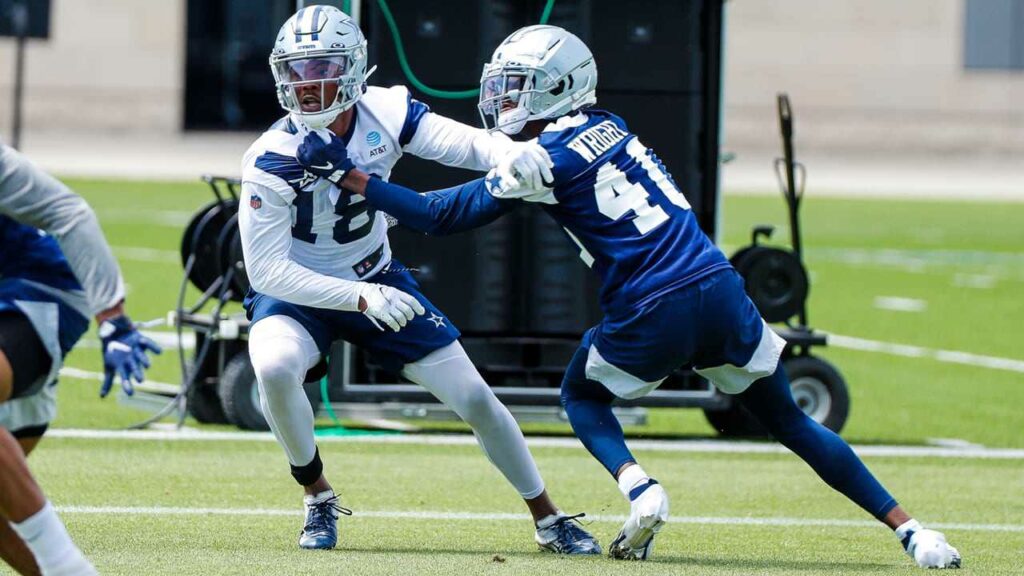 The Cowboys rebuild on defense started with a first round pick at LB in Micah Parsons. Determined to make it difficult for offenses to stretch them across the field, teams will look to test the Cowboys young secondary vertically. This is where Wright could continue to add value, flipping his hips well to track the ball downfield.

The last newcomer here is sixth round pick Israel Mukuamu out of South Carolina. Mukuamu is another physical player that's not afraid to come up and make plays against the run, something he did at both CB and S in college. Depending on where the Cowboys need depth in the secondary, their 227th overall pick could help them at two spots.

Fellow Staff Writer Jess Haynie is running a series on if the Cowboys improved or not at each position prior to the 2021 season. From his outlook at cornerback:

We’re still waiting for anyone, including Trevon Diggs, to replace the void that Byron Jones left with his departure in 2020. But if we’re just looking at last year to now, replacing Chidobe Awuzie isn’t the tallest order ever.

With Diggs hopefully taking a forward step in his second year, plus the influx of new talent to compete with Lewis and Brown, it’s reasonable to assume that someone can fill Awuzie’s shoes while the rest of the CB group gets stronger and deeper.

I'll agree with Jess here and add that in replacing Awuzie, the Cowboys are once again looking for players that can get their hands on the ball and create turnovers in the secondary. A total lack of pass rush or presence at safety has seen potential playmakers at CB unable to make an impact for some time in Dallas, but the pieces are now in place to build around what's at Coach Quinn and Whitt's disposal.