The Cowboys, as expected, have opted to lay low during the early days of NFL free agency. Rather than paying premium prices for premium players, they'll look to improve their roster through cheaper options.

Of course, one of the most effective ways to do so is to find talent throughout the NFL Draft. And one of the areas the Cowboys most need improving, is at safety.

Here are three safeties Dallas can likely find on day two of the 2019 NFL Draft who would help them fill whatever hole they'd like to at safety next season.

In the quest to find someone to play the safety opposite Xavier Woods, the Cowboys could look towards Washington's Taylor Rapp in the second round of the 2019 NFL Draft. Rapp can play a mix of “box” safety and split safety in the NFL, at his best when coming downhill against the run. Rapp is one of the more polished tackling defensive backs in this draft class, and can be a good option to cover tight ends in man as well.

Rapp's draft value will differ team-to-team, but he fits what the Cowboys could be looking for in a safety. Considering Woods' versatility, Taylor Rapp would compliment him well in the Cowboys' secondary.

If the Cowboys ultimately decide that Xavier Woods is best suited as free safety, Johnathan Abram could fit perfect beside him on this defense. Abram is a traditional strong safety that will instantly make Twitter-viral highlight plays with his big hits.

Abram can fit as both a box safety and nickel linebacker on the Cowboys defense, allowing Woods to play as a single high safety and find a permanent home.

Whether or not Abram will be available at 58 is up in the air, however, especially after testing faster than some expected at the NFL combine. If he is there to be taken, though, the Cowboys need to think long and hard about pulling the trigger. Abram can immediately contribute, defending the run and covering tight ends in the middle of the field for the Cowboys. He also shows upside as a slot player in man coverage with the tools to grow in his cover skills.

While both Rapp and Abram would give Xavier Woods a more clearly defined role in the Cowboys' secondary, drafting Gardner-Johnson would add another versatile chess-piece to their back-end. Gardner-Johnson played all over the field at Florida, working as a nickel corner, single high deep safety, and in split-zones.

Gardner-Johnson can fit just about any defensive scheme, though I think his best fit is as a nickel “linebacker” at this point. With that being said, Gardner-Johnson did display the range at Florida to play in that single high role for the Cowboys if asked to do so.

That sounds good but will they be there?

I think Rapp has the best chance of being around. Gardner-Johnson is decently likely as well. Abram I have my doubts about.

It would be greatly appreciated if when breaking down potential draftees if you included their height, weight, and stats. Do appreciate the story though. 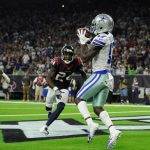 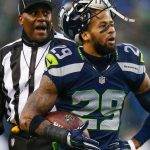