They say that any given Sunday, any NFL team can beat any NFL team. It’s often called a humbling league. “You have to earn it in the NFL,” coaches and players constantly tell us. Even still, it’s hard not to take a game for granted when the Dallas Cowboys are playing the Miami Dolphins, who have been in full tanking mode this year.

A blowout is expected on today’s game, but we still want to see a ton of things from the Cowboys. Here is my Cowboys Wishlist of the week! Make sure to let me know what your wishes are in the comments section below or tweet me @MauNFL! This season, if you tweet me your wishes beforehand, they’ll be featured here. 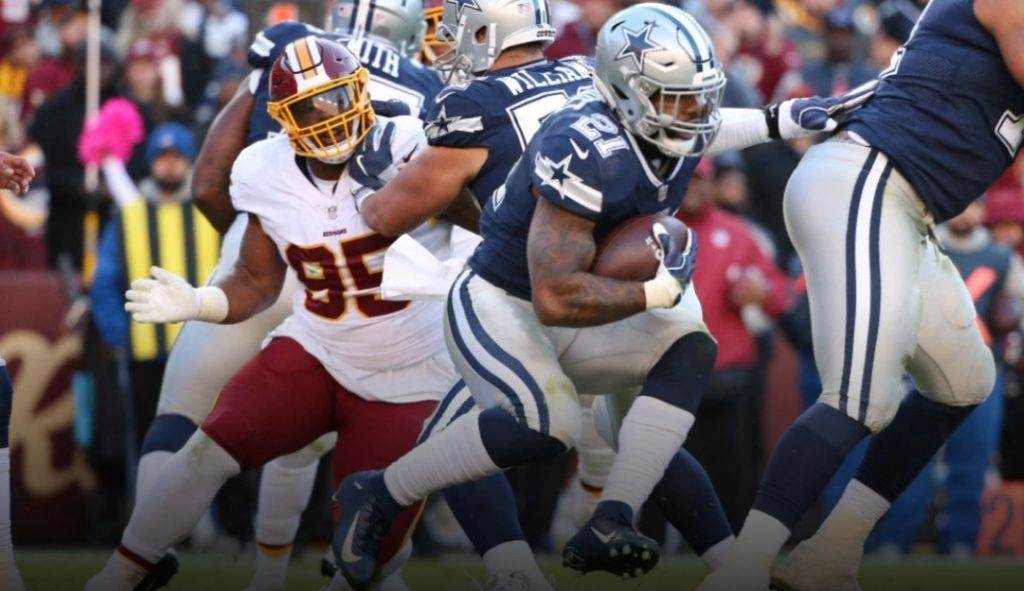 All week long, a huge storyline in the NFL has been this week’s point spreads in the betting world. The Cowboys are favored by 23 points against the Dolphins. It’s a lot of points for this week, but it seems doable against a team that’s so clearly tanking for draft picks.

Living in a social media driven world, everything that can be criticized will be criticized. So I’m hoping the Cowboys win big, cover the spread and everyone is happy with a 3-0 start for the Cowboys. We know they’re getting the win, but how dominant will it really be?

With Michael Gallup out with a knee injury, Devin Smith is expected to start in his place. Last week, Smith had a 51-yard TD catch on a play in which he smoked Washington Redskins CB Josh Norman. He led the team with 74 yards. But as much as I want to see Smith play well today, my wish goes to another Cowboys WR.

Cedrick Wilson will finally have a chance at considerable regular season playing time. He lined up in only six offensive plays last week. Injuries and a deep WR group have kept him out of the roster for a while now. With Tavon Austin and Gallup out for the week, he’ll be active on gameday. I’m certain he will get more playing time, specially if the Cowboys are up by a lot of points late in the game.

Wilson has potential, and we might finally get to see it on a regular season game.

Safety might be the weakest position for the Cowboys. Xavier Woods, though, is pretty good. However, he’s out with an ankle injury and someone will have to step up and play alongside Jeff Heath, who’s good at times and terrible at others. He’s an inconsistent safety in the NFL, but just decent enough for the Cowboys to keep him as a starter.

It’ll be time for the younger guys to step in and step up. Surprisingly, sixth round rookie Donovan Wilson is not expected to start in Woods’ place. Darian Thompson, whose career has been filled with injuries, will get the nod to play against the Dolphins. I’d expect Wilson to make his NFL debut as well.

I just wish someone steps up to not only replace Xavier Woods in the short term, but compete for Heath’s starting gig in the long one.

QB pressure was hard to find for the Cowboys a week ago versus the Redskins. It was scarce and although DeMarcus Lawrence played well, the rest of the Cowboys’ pass rush was nowhere to be seen. This week, Robert Quinn comes back. As he gets ready to play against the team that traded him for a sixth round draft pick, Dallas gets a much needed boost. Lawrence won’t be alone when trying to get to opposing quarterbacks.

This week, they’ll be trying to “meet at the QB” versus Josh Rosen, who’s making his first start as a Dolphin. Miami’s offensive line has been terrible this year and will have a tough time against Rod Marinelli’s defense.

Tell me what you think about “Cowboys Wishlist: WR Cedrick Wilson Shows Up” in the comments below, or tweet me @MauNFL and let’s talk football! If you like football and are looking for a Dallas Cowboys show in Spanish, don’t miss my weekly Facebook Live! show, Primero Cowboys!