While we don't know how good the 2022 Cowboys will be yet, it's at least looking like a well-balanced team. The defense and special teams were the standouts tonight as Dallas earned its first preseason win in a 32-18 road victory over the Los Angeles Chargers.

The story of the night, perhaps league-wide, was the two touchdowns from return specialist KaVontae Turpin. The former USFL MVP gave Dallas the lead with a 98-yard kickoff return early in the game, then took a punt back 86 yards to paydirt toward the end of the first half. KaVontae wasn't seen the rest of the night, now seemingly locked into a roster spot and being protected like other key assets.

Much-maligned DT Trysten Hill had one of the biggest defensive plays with a strip-sack of QB Easton Stick and the recovery. He set up the offense just 15 yards from the Chargers' endzone, leading to a touchdown run by RB Malik Davis.

S Israel Mukuamu set the dominant tone early, making a disruptive backfield play in run support and then intercepting a deep ball on the opening drive. The second-year safety was consistently visible and impactful throughout the night, similarly staking his claim to a roster spot.

While not producing any signature plays or big stats, QB WIll Grier made his debut in the 2nd quarter and was subtly impressive. Taking over for Cooper Rush, Grier completed 6-of-10 passes for 98 yards. The key was the eye test; Will looked sharper and more decisive with his throws than his veteran competition.

The running back competition remains hotly contested between Rico Dowdle and Malik Davis. Both scored touchdowns tonight and displayed vision and toughness on their carries. Davis has been a little flashier the last two weeks, but this fight is ongoing until the final bell on August 30th.

Dallas continues to give both Brett Maher and Lirim Hajrullahu opportunities to win the kicking job. Both made their extra-point attempts and Hajrullahu connected on a 35-yard field goal, while Maher was just a little short on a bold 61-yard try late in the game. While it was a miss, Brett's proven range remains an asset in his favor.

The Cowboys will finally return to Texas for the final week of preseason practices and a game Friday night against the Seattle Seahawks. 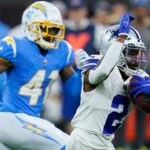 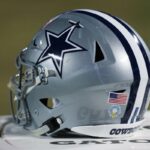