The Dallas Cowboys are back in Frisco for training camp from The Star, but their ongoing season of Hard Knocks resumed tonight with highlights from practices in Oxnard against the Rams, Mike McCarthy continuing to manage Dak Prescott's workload, and the team's second preseason game at the Cardinals.

McCarthy addressed the team about playing a more physical style, as the episode quickly jumped into their defensive line play and the coaching of Aden Durde. On offense, the Cowboys are looking to play with a balance in the run game paired with Prescott throwing, but setting the edge on defense up front is important for Dan Quinn as well.

Their offensive line held up well against the Cardinals, and LG Connor Williams' fight with Aaron Donald in a training camp scrimmage was shown along with other flare ups between the Rams and Cowboys. They did come away from the Cardinals game with an injury at DT with Neville Gallimore, though rookie Osa Odighizuwa filled his spot well.

Defensive ends fighting for roster spots made a flash in Arizona, with Quinn getting animated in the coaching box over a missed holding call that could have taken the Cardinals out of field goal range to win the game.

The score of a preseason game where the Cowboys again rested many starters isn't of concern, as the Cowboys have worked Prescott into more throws at practice and saw Amari Cooper plus Malik Hooker make an appearance in front of fans. McCarthy's message to Cardinals' HC Kliff Kingsbury before the game was about managing a longer 17 game season, especially with Prescott being “all go all the time”. 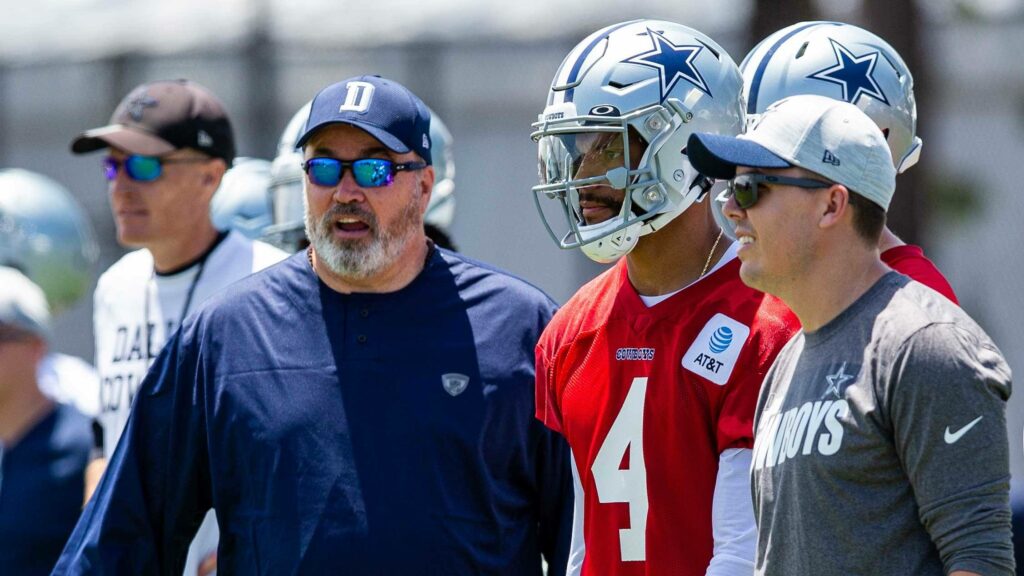 With some of the circus catches CeeDee Lamb has come down with throughout training camp, it's easy to see why Prescott is ready for game action. If Prescott and Lamb aren't on the field against the Texans in next week's preseason game, they won't play until the season opener in Tampa Bay.

Lamb hasn't only been noticed by the Cowboys, but the Hard Knocks cameras and even Michael Irvin – shown doing a video interview about Dallas' current #88 with Jerry Jones.

Hard Knocks returns on August 24th, a week from Tuesday night and four days after the Cowboys first home preseason game against the Texans. The season runs until episode five on September 7th, with Hard Knocks taking Cowboys fans right up to kickoff against the Buccaneers on the 9th.

Jerry Jones get the hell out of the way and let Quinn play the best linebackers. Jerry made that terrible contract with smith