After sitting through the roller coaster ride that was the Dallas Cowboys 2018 season, we could surprisingly be looking at more of the same now that the 2019 Cowboys offseason is underway. With decisions to make about the futures of DeMarcus Lawrence and Cole Beasley, and the possibility of acquiring Earl Thomas or some other big-name free agent, this offseason is shaping up to be an interesting one.

With all of that in mind, I thought it would be a good idea to put together a list of all of the important dates to take place throughout the offseason, especially as it pertains to the Dallas Cowboys. I don't know about you, but I can't wait for things to start ramping up.

As promised, here's what's on the docket for the Dallas Cowboys for the next few months…

This date will likely be unimportant for the 2019 Cowboys offseason since there really isn't a good candidate worthy of being franchise tagged. They did use the franchise tag last year on Defensive End DeMarcus Lawrence, but are unlikely to do so once again. The only way this happens is if the two sides can't work out a long-term extension, or if they need more time to finalize the deal.

The NFL Scouting Combine is arguably one of the most important events to take place in the offseason, especially for the Dallas Cowboys. Without a first-round draft pick, they will have to pay particularly close attention to this years draft class. The Combine is the first chance they will have to see some of these players perform firsthand. This could help solidify where some of these players fall on their draft board.

Like I mentioned earlier, it's highly unlikely the Dallas Cowboys use the franchise tag this year, but if they do decide to use it they have until 4 PM EST on March 5 to do so. Again, the most likely candidate to be franchise tagged by the Cowboys is DeMarcus Lawrence. He would become a free agent after the deadline passes at 4 PM, making him free to negotiate with any team.

On this date the Dallas Cowboys can start negotiating contracts with DeMarcus Lawrence, Cole Beasley, and any other Unrestricted Free Agents around the league. This would be the first opportunity for them to talk to representatives of someone like Earl Thomas for instance without having to worry about being accused of tampering.

This is when the offseason “officially” begins for the NFL. Not only is this the date for the first wave of free agency, but teams also have to get under the mandated salary cap by 4 PM EST. This also happens to be the day previously agreed-upon contracts for current players and Unrestricted Free Agents can be inked.

The Annual League Meetings will surely be more interesting this year than in years past. This is when possible changes will be discussed, such as the missed pass interference no-call that propelled the Los Angeles Rams to the Super Bowl instead of the New Orleans Saints. That's just one example of potential role changes/altercations that could be discussed though.

Since Jason Garrett isn't a new NFL head coach, this is the date the Dallas Cowboys can officially start their workout programs. If the Cowboys would have hired a new head coach they could've started their offseason programs two weeks earlier, which could be a good thing to remember for next year. With Garrett in the final year of his contract, this could possibly be his last offseason program in Dallas.

After giving up their first-round draft pick to acquire Amari Cooper from the Oakland Raiders, the Dallas Cowboys draft night won't officially start until Day 2 on April 26 with the 58th overall selection. It may be difficult to sit through the first-round without seeing the Cowboys make a selection, but don't discount the talent that should be available for them in the second-round. They've hit some home runs here recently with their first pick on Day 2 after all.

The Cowboys have two choices of when they want to hold their three-day post-draft rookie minicamp, but they have to choose one. This is the first chance the rookies really have to get acclimated to things in Dallas without the veterans. Tryout players, undrafted free agents, and select first-year players can also participate.

This is an important day for the Dallas Cowboys, especially as it pertains to Terrance Williams. The financial ramifications of designating him a pre- or post June 1 release is a substantial one. The Cowboys will have to decide if they want to take less savings and a higher dead money hit upfront (pre-June 1) or lower savings with less dead money later (post-June 1).

* Deadline to sign franchise tagged players to a long-term deal

If the Dallas Cowboys somehow do decide to use the franchise tag on DeMarcus Lawrence, this is the last day they have to sign him to a long-term contract. Neither side would be able to negotiate a contract again until March 2020 if things get to this point. It's highly unlikely D-Law is still unsigned this late in the offseason though.

* Teams can start training camp for 2019

The Dallas Cowboys will once again return to Oxnard, California for training camp, but they have yet to release the dates in which they will do so. Rookies and first-year players can report seven days before veterans have to show up, but this is the first chance for the entire team to get together and practice. This will also be the first time for many of us to see what the 2019 Cowboys team will look like for the season.

Other than roster cut downs, the start to preseason, and the kickoff to the 2019 NFL Season that's about all the important dates there are for the Dallas Cowboys. Hopefully this will give you a better understanding of what's going to take place the remainder of the offseason and what we all have to look forward to. Let's just all hope that this offseason results in the Cowboys hoisting the Lombardi trophy when all is said and done. 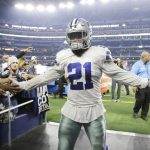 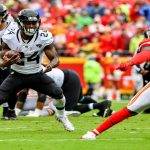