The name circling around Cowboys coaching news as of Tuesday is Sean Payton, as the longtime New Orleans Saints HC announced he is stepping away from the team. While Payton will still be under contract with the Saints, and the Cowboys enter their second full offseason with Mike McCarthy following a disappointing playoff loss, the status of both Kellen Moore and Dan Quinn remain unknown.

For a team that still managed to win 12 regular season games and the NFC East, it's noteworthy that one of the nine current openings hasn't already been filled by Quinn or Kellen Moore. The Broncos were the early favorite to land Quinn, where he remains a finalist, but the former Falcons HC will also have a second interview with the Bears.

The #Bears will have #Cowboys DC Dan Quinn in for his second interview tomorrow. He’s a finalist in Chicago, as he is in Denver.

Chicago is an attractive job for a defensive minded coach like Quinn, given the progress QB Justin Fields made this season. Building a staff to work with Fields while Quinn retools the Bears defense could be their path towards contending in the NFC North – where the status of Packers QB Aaron Rodgers is perhaps the biggest story of this offseason. 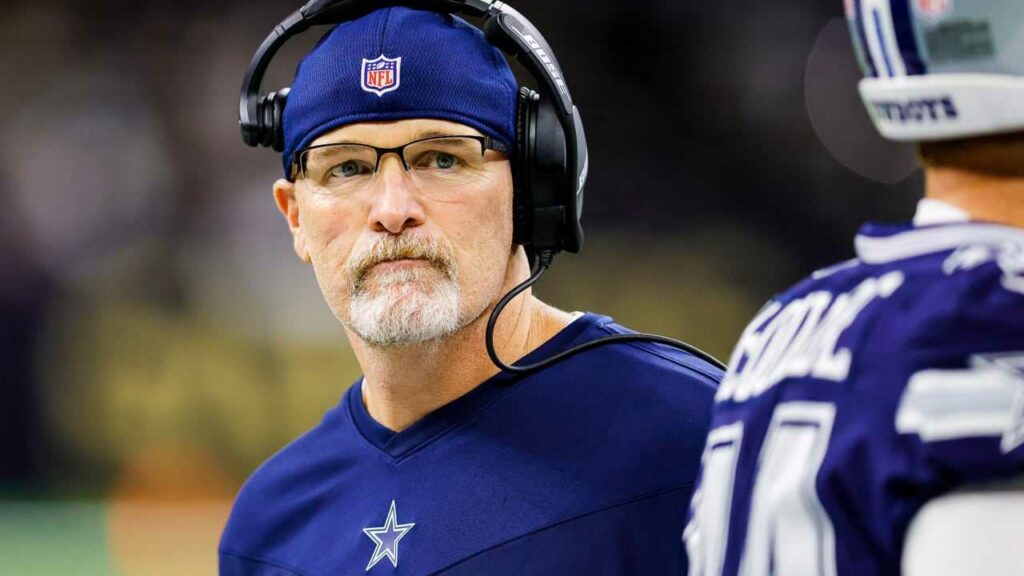 Quinn is also being coveted as a great “leader of men” candidate, connecting with defensive players in Dallas in a way that was sorely missed in McCarthy's first season. Only hours after his first playoff loss to the 49ers, All-Pro LB Micah Parsons made his plea for Quinn to stay with the Cowboys.

Cowboys brass has made it clear they didn't expect to be facing these offseason decisions so soon, while Jerry Jones searches for a response to a familiar early playoff exit that somehow feels different from years past. Quinn's complete turnaround of the Cowboys defense is a big reason why the end to this season was so unique. Dallas wasting great offenses backed by historically bad defenses would be nothing new, but Quinn's defense standing on its head while the offense sputtered was unexpected.

This makes potentially losing Quinn the bigger concern for the Cowboys, compared to early season speculation that Kellen Moore was the head-coach-in-waiting on McCarthy's staff. The latest report on Moore, via Pro Football Network, is that he's not expected to land a HC opening this cycle. The same leadership qualities that have Quinn on the short list for two jobs already are a concern with Moore. The Cowboys offense becoming a shell of itself against top competition is another reasons teams are weary that handing the keys to Moore will give them the next Sean McVay.

Where Moore could have stepped up to help the Cowboys offense through injuries and lineup changes at WR and OL, he let these things derail an MVP-caliber season from Dak Prescott. Not only would some of the jobs he's interviewed for not come with a franchise QB in place, but a whole new world of responsibility on both sides of the ball that Moore hasn't handled in Dallas.

Any grooming that Moore's received to become a HC has come from Jason Garrett or McCarthy. Garrett was fired midseason by the Giants, and if given the chance there aren't many teams jumping at the idea of running Mike McCarthy's offense either. Even the biggest believers in Moore's coaching ability, those that insist McCarthy and Garrett have done nothing but get in the way of a genius offensive mind, now accept that McCarthy must work with Moore for his own job's sake – should the pair stay in place for 2022. 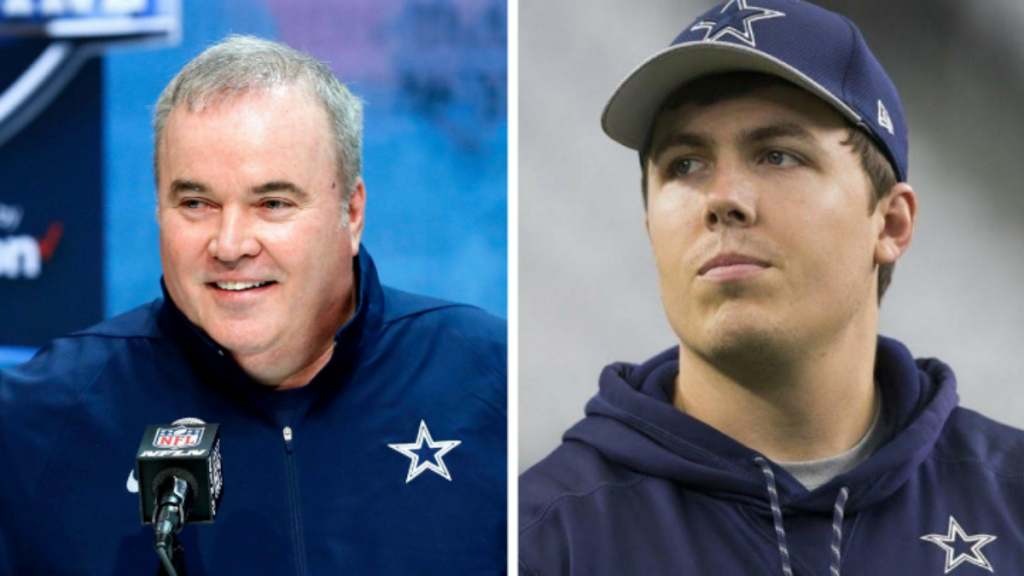 The Cowboys have internal candidates to possibly replace Quinn, but one former HC/OC on staff has already left. Ben McAdoo, another McCarthy hire, is now the OC for the Carolina Panthers.

If the Cowboys are lucky enough to keep Quinn, it likely won't come with the same on-field turnover luck and production on defense. Projecting defensive performances from year to year always comes with major swings, while offense can be more stable. The Cowboys simply have too much invested on offense to not have stability here, but Moore and McCarthy provided anything but this season.

This makes the news that Moore is the Cowboys' decision a huge deal around The Star. It comes at a time when so few decisions have come down from the Jones' on how they want to handle moving their franchise forward again. Signing on for inexperience and growing pains with Moore as the play caller was something they were willing to live with in 2019, but what about still in 2022?

Seeing a HC with Super Bowl credentials as a play caller do little to help Moore in his third season has run the Cowboys patience thin with the two coaches most likely – at this point still very early in the offseason – to still be with the team moving forward. The Sean Payton news only adds unneeded fuel to this fire, while nine other teams continue to decide on their future head coaches.

Cowboys CTK: The Legend of 22, From Bob Hayes To Emmitt Smith