According to a report just minutes ago, the Dallas Cowboys are visiting with Miami Dolphins' Defensive End Robert Quinn today as part of a possible trade. Miami is looking for a trade partner to try to get something back for Quinn before making him a salary cap casualty.

Quinn is in the final year of his contract and is set to count $12.9 million against the Dolphins' salary cap. Most of that is his base salary of $11.8 million, which Miami is reportedly willing to pay part of to help facilitate a trade.

Robert Quinn was spotted today on his way to visit the #Cowboys, who are in trade talks with the #Dolphins for the veteran DE, sources say. Quinn would need to agree to any deal. So, this is another step in the process, with a Dallas team that obviously needs pass rush.

The Cowboys need DE help with DeMarcus Lawrence's contract still unresolved and Randy Gregory now indefinitely suspended for another drug policy violation. They signed Kerry Hyder from the Lions yesterday, but he isn't a proven commodity like Quinn.

Turning 29 in May, Robert Quinn is a two-time Pro Bowler and former first-round pick of the Rams. He hasn't had the same production in recent years but still had 6.5 sacks for Miami in 2018 and 8.5 the prior year with Los Angeles.

Ever the bargain shoppers these days, Dallas is probably hoping to get Quinn for late-round draft pick or perhaps a pick swap.

I’d love to see Dallas acquire this player, especially if they sign DLaw to a long contract. W/O Lawrence, Quinn won’t make enough of an impact on our D to make them dominant, IMO. But if we lined up both players at the same time I believe Quinn’s career would be resurrected and it would help DeMarcus immensely. Then, other than depth, an impact S and a good (or better yet great) LB to take Damien’s spot would give us a Defense that could win some games for us. Could you imagine having a D that could win games for us like we had years ago, like the old Doomsday Defense? With a D like that I believe our Offense would be able to relax and play their best football. Although I have to say that I have a feeling the possible reason they want to sign him is so that they have the option to consider taking the draft picks they would receive if other teams make an offer to DLaw. Stephen Jones said the Cowboys would sign him to a long term contract and I hope he’s telling the truth because even with 2 First Round picks, there’s no guarantee you’ll get a player as talented as he is with either one. Of course, this is just my opinion so it’s not really worth much.

I agree that this move only makes sense if you’re keeping Lawrence. Quinn could be an awesome wingman but he can’t be our best pass rusher. That’d be like 2016 with Benson Mayowa all over again. 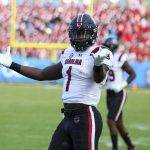 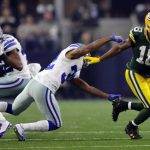