The Philadelphia Eagles are apparently in the small minority of those impressed with what the Dallas Cowboys did in 2020. After requesting to interview Offensive Coordinator Kellen Moore last week for their head coaching vacancy, the Eagles are now reportedly wanting to do the same with Special Team Coordinator John Fassel.

Fassel has been a longtime “guru” of special teams in the NFL, coordinating the Raiders' unit from 2008-2011 and then for the Rams from 2012-2019. He joined the Cowboys last year as part of the sweeping coaching staff change with new Head Coach Mike McCarthy.

We saw Fassel's innovative approach to special teams at multiple points last season. But along with the trick plays and successful onside kicks were a bounceback season for Kicker Greg Zuerlein, the emergence of Hunter Niswander at punter, and a Pro Bowl-worthy season from C.J, Goodwin in his various roles.

Fassel served as an interim head coach for three games in 2016 after the Rams fired Jeff FIsher. He was retained by Sean McVay in his special team role and remained on until his contract expired and he took the job in Dallas.

Now, he may get a chance to run the whole show with the Eagles.

Philadelphia fired Doug Pederson last Monday in a stunning development just a few years since winning the Super Bowl. But between Carson Wentz's fall from grace and the public relations disaster from their Week 17 finale, the relationship issues within the Eagles organization were laid bare and led to Pederson's dismissal.

Only the Eagles know where John Fassel ranks in terms of their interest level among other candidates. But his pedigree in the NFL (son of Jim Fassel) and reputation as one of the best special teams minds in the game have at least put him on their radar.

Jess, has Kellen Moore declined the Eagles request for an interview ? Seems they are just taunting at Dallas’ coaching structure !

The Eagles are just poking and prodding us rn , if they that stupid enough to hire someone who ain’t been an OC or DC before then let them go ahead and do it 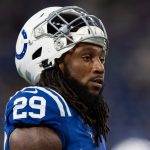 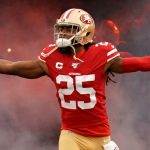