The Dallas Cowboys medical staff is regarded as one of the best in the league, starting with head physician Dr. Dan Cooper. So good in fact, that free agent Geno Atkins visiting Dr. Cooper nearly passed as news of the Cowboys formally visiting with the First Team All-Pro. Atkins hasn't started a game since 2019 for the Bengals, appearing in eight games last season before being placed on injured reserve.

The Bengals cut ties with one of their more recognizable veterans, who then went to Dr. Cooper for his shoulder surgery. While this doesn't count as a free agency visit late in the offseason for Atkins, the Cowboys will know his condition before any other team, and could try to lure Atkins for depth at a position they've been lacking at for some time.

The Cowboys have been linked to big name free agent DTs for as long as their defense has needed help on the interior, but does Geno Atkins make sense given what they've already done at the position?

Atkins has three seasons with double-digit sacks, doing so most recently in 2018. This is a physical player at the line of scrimmage, not moved easily with a strong base and quick hands to shoot gaps as a pass rusher. 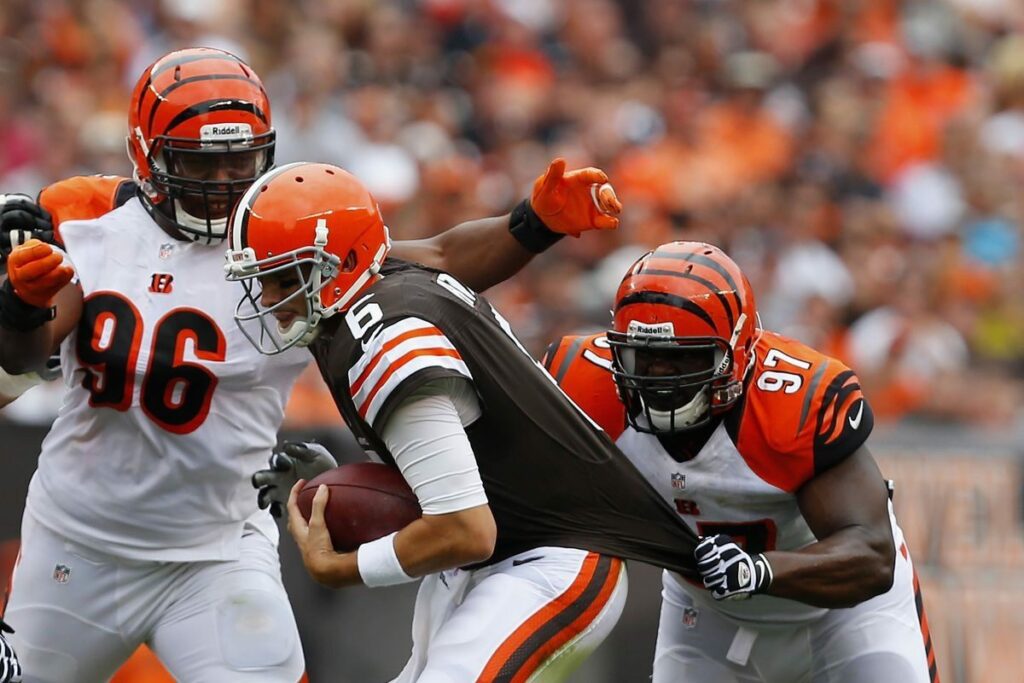 The Cowboys learned their lesson last year that mid-tier free agency signings can often be stopgaps for younger players, forced to admit their mistake in signing DT Dontari Poe after week seven. At the time, this meant more snaps for Antwaun Woods and Tyrone Crawford – two DTs who are no longer on the Cowboys roster.

It also allowed 2019 second round pick Trysten Hill to get the needed reps for development, though he was lost for the season with a torn ACL. Neville Gallimore became the next man up at 3T.

Dallas is hedging their bet on either Hill or Gallimore earning a starting role with third round picks Osa Odighizuwa and Chauncey Gholston behind them as interior pass rush options. The revamped depth chart at 1T features Carlos Watkins, Brent Urban, Justin Hamilton, and rookie Quinton Bohanna.

With a hands on Defensive Coordinator in Dan Quinn working with the Cowboys defense – a luxury they didn't have under Mike Nolan in 2020 – the team should feel cautiously optimistic about their situation at DT.

#Cowboys team physician Dr. Dan Cooper performed the surgery on Atkins. To be clear, that’s why he’s doing the checkup. It’s not a Dallas visit. https://t.co/PuIZyaMRkV

Even if Dr. Cooper (the same doctor who performed the pre-draft surgery on Jaylon Smith) gives Atkins a clean bill of health, it's hard to picture him as anything more than a locker room presence with some flash play potential.

Early reports are that multiple teams could be interested in Atkins, creating a potential bidding war the Cowboys rarely find themselves willing to play in. The team has also shown a variety of three man fronts in OTAs so far, an alignment that doesn't play to Atkins' strengths.

Same ole scenario: Cowboys looking to sign players with injury issues!! I would say if they can get him at a bargain then bring him and let’s see if he had any fuel left in the tank!!

Yes I’d do it , for the right price , i would’ve brought back McCoy too , can’t have enough 1 tech DTs especially for our D which sucked last year