Last week, I kicked off a weekly series here at Inside The Star, leading up to the 2018 NFL Draft. Supplementing our own draft coverage with a look at prospects the national media has landing in Dallas should give Cowboys Nation a better understanding of the scenarios that exist with the Cowboys holding the 19th overall pick.

Michigan DT Maurice Hurst remains a frequently mocked player for the Cowboys, as the top 3T available in this draft was Bleacher Report's pick for Dallas last week.

With the NFL Scouting Combine being the next major event on the draft schedule, pre-Combine mock drafts continue to feature the Dallas Cowboys landing significant talent on defense.

R.J. White's unconventional mock draft was too good to pass up on this week, as he projected a trade for every first round pick. While the Cowboys would of course get better value out of drafting Derwin James 19th overall, White has them coming up to pick #12 for the versatile Florida State defender.

“James gives them a stud who can play closer to the line of scrimmage, and he has the size and physicality to match up with the division's great tight ends in coverage.”

The Cowboys hitting on a play making safety to start off their draft would be a home run. Between now and April, the hype for new passing game coordinator Kris Richard will only grow, as the Cowboys expect even bigger things out of last year's rookies Jourdan Lewis, Chidobe Awuzie, and Xavier Woods.

Adding an instinctive player like James to roam around with the rest of this young and athletic secondary could truly turn the Cowboys' secondary into one of the NFL's best. Derwin James would instantly improve this team's rushing defense with his ability to sniff out plays and tackle in space, as well as the looks they can provide in coverage – seamlessly playing back against the pass with range and length. 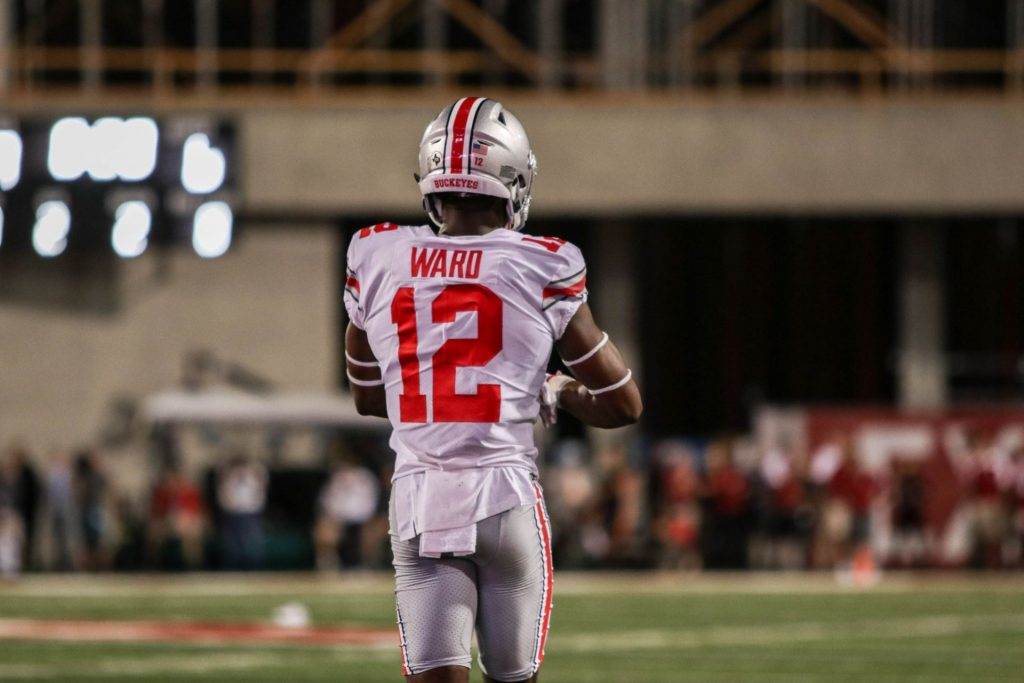 While drafting an elite safety like Derwin James would make a ton of sense for the Cowboys, adding another cornerback to this team in the first round would likely go against their belief that first-round picks must step in and start right away.

Awuzie and Lewis already project as second-year starters at CB, along with Anthony Brown and potentially even Byron Jones.

Should the Cowboys feel the need for another starting CB, Ward would be an outstanding fit. A tough-to-run-away-from defender with above average athleticism and speed, Ward may just be the missing piece for Dallas to truly lock down opposing passing offenses in 2018 and beyond.

With the Georgia Bulldogs playing for the National Championship this season, Roquan Smith is a player getting plenty of early hype as a top LB prospect.

“Jaylon Smith is a beginning of a youth movement in the LB corps and he displayed promise in 2017. Smith (Roquan) would be an excellent continuance of that movement, as demonstrated by his sideline-to-sideline range.”

The Cowboys' vision of Sean Lee and Jaylon Smith lining up alongside each other at linebacker may finally come true in 2018, but a better contingency plan is needed behind the 31-year old Lee.

Roquan Smith, a long shot to reach the Cowboys' first round pick, would be much more than just a backup plan. With the ability to play all three LB positions, Smith could contribute right away at MIKE or SAM in certain defensive packages.

Projecting best as a WILL, where Smith masterfully puts all of his traits on full display to find the football and finish, Smith should be looked at as a future replacement for Sean Lee if he ends up in the silver and blue.

After two weeks of this ongoing series, six different defenders have been mocked to the Dallas Cowboys by various national outlets. Nearly every player's ranking is set to change following the Combine, but for now you get a sense of the talent that the Cowboys have to choose from in the 2018 draft class.

With no pressing need for a new starter at any position on defense, these mock drafts have addressed all three levels of Rod Marinelli's group – with secondary players making an appearance this week.

Derwin James, Denzel Ward, and Roquan Smith would all make their presence felt early and often should the Cowboys come calling.