Tyler Biadasz is not Travis Frederick. We can stop with those comparisons between former Wisconsin Badgers…at least for now.

The fourth round rookie may have won the starting center job had this been a normal offseason, but instead he was asked to sit behind the veteran Joe Looney. Last week, Biadasz got a chance to play when Looney went down briefly, and then was able to finish the game at center when Looney was forced over to guard.

Biadasz wasn't perfect, but the offensive line looked as good as it has this season when he was at center and Zack Martin was out at right tackle. Biadasz avoided disastrous mistakes, and was solid overall in his debut. Most importantly though, he was better than Joe Looney has been, and offers a future upside than Looney simply does not.

Biadasz's biggest advantages over Looney for right now are his power and anchor. Whereas Joe Looney seemed to get moved off his spot or knocked off his track a lot during the loss, Biadasz will be able to better maintain leverage and positioning in the run game. 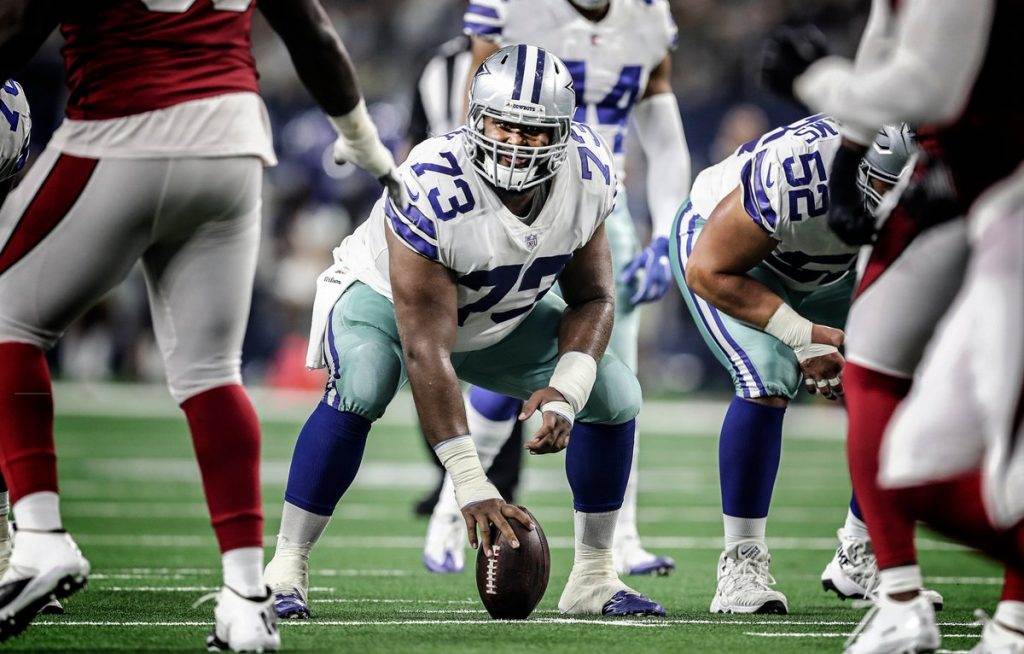 As a pass blocker, we saw Biadasz work decently well with Connor Williams to the left of him, though there were communication issues on stunts/games which put the interior of the line in a bind. These problems often left Biadasz off balance, and resulted in him being driven back a bit or tripping over his fellow linemen.

But those type of issues are exactly why Biadasz should be the starter. If the idea is that Williams, Biadasz, and Zack Martin will be the interior offensive line for the foreseeable future, then why not get a jump on building that chemistry right now? Looney has been bad, there's no way around it, and at this point in his career he simply is who he is.

Biadasz put together a decent debut performance, especially considering the circumstances. Now the Cowboys should let him build on it and move into the starting center role beginning this week.