While it's not high on their list of 2018 needs, running back may be a consideration for the Dallas Cowboys in the upcoming NFL Draft. They could be looking to add a new talent to the mix with one of their later picks.

Of course, a high pick won't be spent at RB with Ezekiel Elliott here. Even the backup spot appears secure with Rod Smith, who emerged last season as a legitimate player both rushing and receiving.

But Dallas needs more than two running backs for the 2018, and Smith will be a free agent next year. They could use a middle or late-round pick in this draft to add some depth, and perhaps a guy to compete with Rod for RB2 now and then replace him in 2019.

As I wrote about in January, the Cowboys don't have a pure speed player at running back. They haven't since Lance Dunbar, and it was hard to get much out of him with all the injuries.

With the athleticism of the offensive line, it would be nice if Dallas could find a player with the ability to get to the edge quickly and make things happen in space. Zeke has that, but it could be especially dangerous later in games with a fresh-legged speedster going against a tired defense.

This is where a guy like the Wolfpack's Nyheim Hines, who ran a 4.38 forty-yard dash at the Combine, could come into play. If the Alvin Kamara comparisons don't send him climbing up draft boards, he might be there for the Cowboys to spend a fourth or fifth-round pick on.

A guy like Hines could serve a lot of roles. He can provide a different element at RB, go out and play some receiver, and also compete for kick and punt return duties with Ryan Switzer. If nothing else, he'd be a better backup for those roles than anyone we currently have on the roster.

You may be thinking that the third running back spot doesn't deserve a draft pick, and there's nothing wrong with that. Dallas could bring in lots of undrafted guys and street free agents for training camp and probably find a solid player for 2018.

Using a draft pick would be more about looking ahead. We already mentioned Rod Smith's impending free agency, but 2019 will also be the final year of Ezekiel Elliott's rookie contract. Having another solid RB in the stable could be helpful for contract negotiations.

What's more, if a mid-round selection turns out to be a stud, Dallas might have the option to not give Zeke an expensive second contract. Paying top dollar for running backs isn't ideal in the modern NFL era, and we saw Dallas decline this prospect when DeMarco Murray's contract expired in 2014.

Of course, Elliott will be significantly younger than Murray was. But also hanging over him is the personal conduct issue and suspension. If any of that creeps back up this year, Dallas may be leery of making a lucrative long-term commitment.

So while RB doesn't seem like a big need for 2018, the Cowboys might be looking a little further down the road. If the right player is there for a good value pick, future considerations may make it a wise investment.

If he’s not there I’d go Akrum Wadley I don’t know why he’s not getting talked about with this team I’ll continue to shout his name.

Albert, I gotta agree, but I’m a Hawkeye fan. Akrum has some Shady McCoy moves. It looks like he could be picked up on Day 3. Nice change-up RB. Not as fast as Hines, but deceptive and quick. 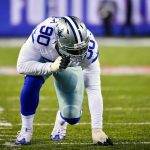 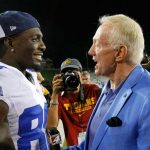