Earlier today here at Inside The Star, I discussed two of the Dallas Cowboys biggest needs on defense – safety and defensive end. Moving on now to their most pressing need on offense, the Cowboys have not shied away from signaling they're the market for talent at wide receiver.

Entering a crucial third year as the Cowboys quarterback, Dak Prescott needs dynamic WRs to throw the ball to if Dallas is going to “fix” their passing game. Drafting this year's top WR would certainly be a great start, as the Cowboys will reportedly meet with Alabama's Calvin Ridley for a pre-draft 30 visit.

Pre-draft visitor number one for the #Cowboys: Alabama WR Calvin Ridley will visit the team ahead of April's draft.

Calvin Ridley's status as this draft's best pass catcher has held up through his Combine testing, but some underwhelming results have caused him to slip out of the top ten and down to 19th overall in recent mock drafts.

The Cowboys familiarized themselves with Ridley at the Combine, along with Maryland's DJ Moore and Clemson's Deon Cain.

WRs who the Cowboys are talking to this week, that I’m aware of:

Ridley is a prototype “Dak-friendly” receiver, using his raw athleticism and smooth acceleration ability to separate and make plays down the field. These traits were confirmed by Ridley's 6.88 second three-cone time and 4.43 second forty-yard dash. 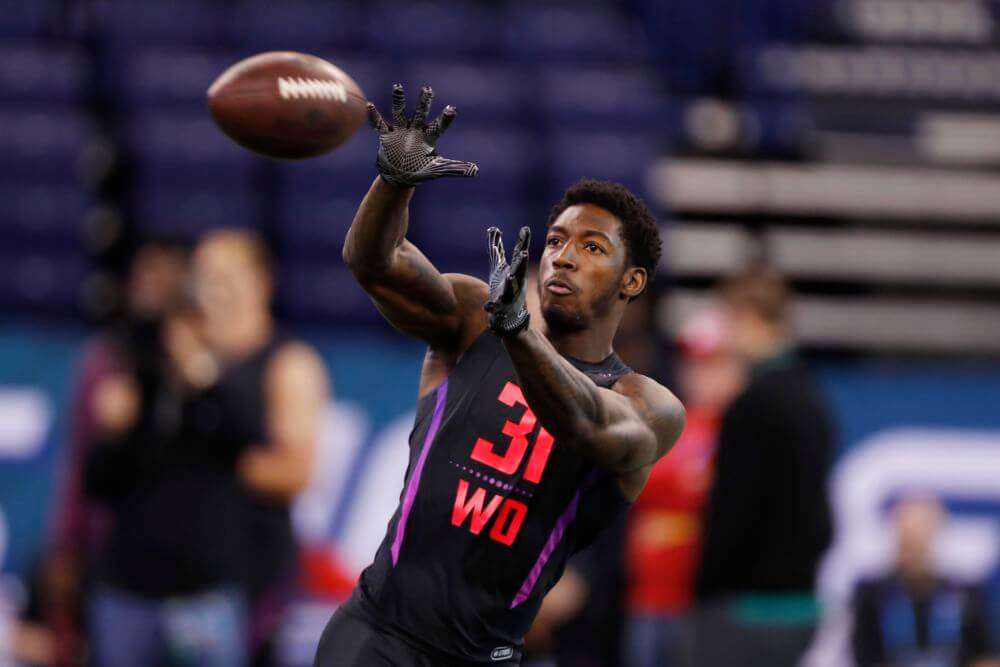 In using a valuable pre-draft visit slot on Ridley, the Cowboys can get this star Alabama player in their building to further understand the type of person he is along with his fit in Scott Linehan's offense. With the attention the Cowboys have already given numerous WR prospects, Ridley will not be the only one seen at The Star this April.

Using my own draft board, Ridley and DJ Moore would be the only receivers worth the 19th overall pick for the Cowboys, given the depth of this year's class and this team's other needs. With a big “Dez-cision” to make prior to the Cowboys fully evaluating these WR prospects, snagging Calvin Ridley at 19th overall would be a steal.

Hindered by poor quarterback play in college, Calvin Ridley is ready to explode onto the NFL scene. There are few teams that can help him do that more than America's Team, with the quarterback to get him the ball, dominant running game, and remaining supporting cast out wide.

I could actually see DJ going before Calvin in this draft. We found out at the Combine that he actually 6’0″ and around 200 lbs. He also runs good routes and creates separation. I’d be happy to get either one of them with #19.

Love me some DJ Moore, he should be in the consideration for pick #19 for sure.

Imho d j more would be the selection @ 19. Moore is a gamer imho.
Moore ha more upside and younger than Ridley who will be 24 yrs old next season.

Have both graded in the first round.