The 2-3 New England Patriots may no longer be the golden standard by which all NFL teams compare themselves to on the field, but HC Bill Belichick's level of preparation and in-game adjustments remain unrivaled. The future Hall of Fame coach has praised this week's opponent – the NFC East leading Dallas Cowboys – leading up to tomorrow's kickoff, crediting Mike McCarthy on Friday.

While the national media debates just how good the 4-1 Cowboys are, handing the Panthers their first loss and blowing out the Eagles and Giants on their three game home stretch, Cowboys Nation has questioned how much credit McCarthy deserves for the early success as well.

McCarthy can only focus on the next game at hand, looking to put further distance between his team and the rest of the division in his fifth head-to-head meeting with Belichick tomorrow. Though Belichick said he wouldn't want to play a McCarthy team that “doesn't beat themselves” twice a year, he's only lost once to the former Packers head coach.

In the same year McCarthy's Packers would end the Cowboys season at Lambeau on a Dez Bryant catch-that-wasn't, they got the best of Tom Brady and the Patriots at home in week 13. The 2018 Patriots team that won Super Bowl LIII was the last to face McCarthy, winning 31-17. Only McCarthy's first loss to the Patriots, in his first season as a HC, was by a worse margin in 2006 when New England won 35-0.

Bill Belichick on facing teams coached by Mike McCarthy: “It hasn’t been very often, and I’m happy about that. I wouldn’t want to play Mike twice a year. … Mike’s teams are sound fundamentally. You gotta go out there and play well to beat them. They don’t beat themselves.”

NFL coaches are no stranger to building up opponents in an effort to motivate their teams, a move Belichick can back with a better track record than any. He used his media availability earlier in the week to go in-depth on the challenges of facing the Cowboys offense. 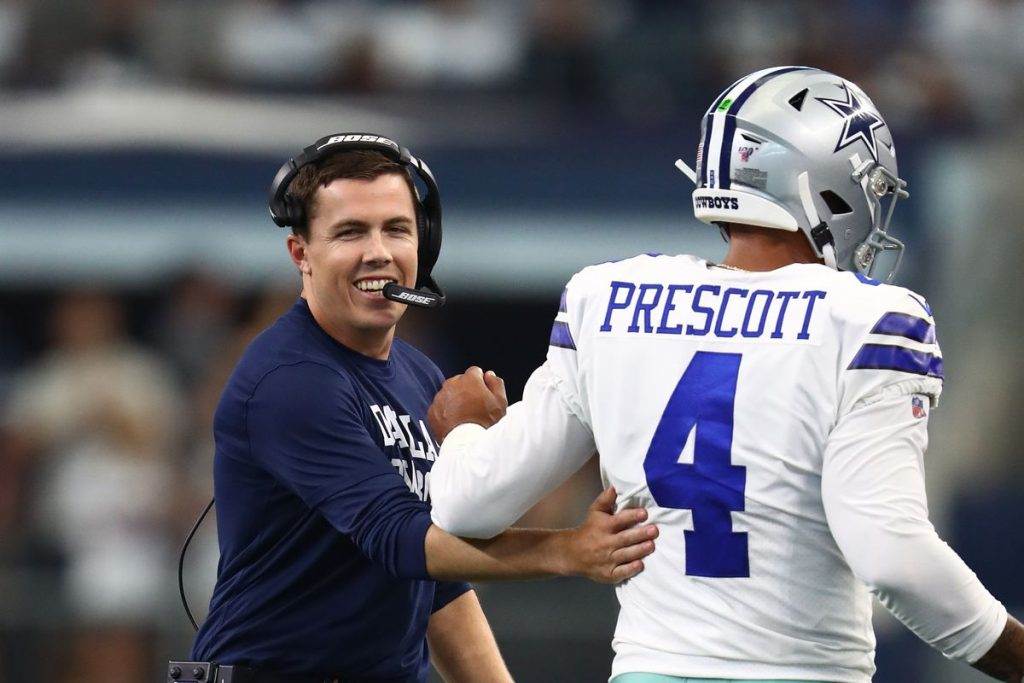 Mike McCarthy was hired based on his vision to keep Dak Prescott and Kellen Moore together as QB and OC, and Belichick stating his team's don't beat themselves is as good as the current Cowboys can ask. They'll be looking to snap a six game losing streak to the Patriots that dates back to 1999. McCarthy was in his first season as the Packers' QB coach at the time.

McCarthy has not been bullish about bringing up championship expectations for his second season in Dallas. While the Cowboys can talk all they want, the Patriots are the team to look at in upholding this ultimate goal. Even with the Cowboys favorited to go on the road and beat Belichick on Sunday, there's a level of preparation that McCarthy's team will have to meet to match New England and strengthen their early-season resume outside of the NFC East.